What is a Sexually Delinquent Person in Michigan?

Michigan is one of the harshest states when it comes to sex crimes and sex offenders. Receiving a jail sentence for being a sexually delinquent person comes with plenty of negative consequences for the culprit. Experienced Michigan sex crimes lawyers are well aware of this fact and are well prepared in preventing individuals from being convicted for this type of offense.

Under the MCL 750.10(a) Law, the State of Michigan defines a sexually delinquent person as: “any person whose sexual behavior is characterized by repetitive or compulsive acts which indicate a disregard of consequences or the recognized rights of others, or by the use of force upon another person in attempting sex relations of either a heterosexual or homosexual nature, or by the commission of sexual aggressions against children under the age of 16.”

Simply put, any person that commits a sexual act against an adult male, an adult female or a minor under the age of 16 can be charged with the offense of being sexually delinquent. The same goes for individuals that force others into acts of sexual nature that are prohibited by law. They will be charged as sexually delinquent person. 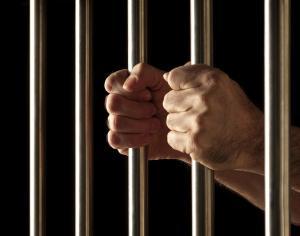 What is the penalty for sexual delinquency in Michigan?

The penalty for a convicted sexually delinquent person may range from one day in jail to a lifetime sentence in prison. Depending on the crime, nature, and consequences of their acts, sexual delinquents may spend any amount of time in that interval imprisoned as per the decision of a state judge.

The crime of sexual delinquency comes with additional social stigma for the defendant. Besides the time spent in prison, one may face radical changes in their family life, career, and lifestyle once charged with this crime.

Most of the people who are charged and convicted as sexually delinquent persons lose their jobs and have trouble obtaining future employment. Some of them are estranged by their families and friends. Their reputation in their community may worsen, and they may have trouble relocating to other neighborhoods.

Additionally, they will be required to register with the Michigan Sex Offender Registry and will forever be considered a Tier 1 Sex Offender.

How to fight the allegations of sexual delinquency in Michigan?

A defendant’s best choice to escape a conviction for sexual delinquency is to employ the services of an attorney that has a long and solid experience in handling sex crime cases.

By using their expertise and know-how, these professionals will use all the lawful instruments that they have at their disposal to defend a person from being labeled as a sexually delinquent person.

Highly-skilled attorneys work hand-in-hand with clients, investigators, and expert witnesses to increase the chances of winning their cases. Furthermore, they know how to successfully present the cause in front of the judge and the jury to save their client from a life-disrupting sentence.