How to Beat a Sexual Assault Charge

You may wonder what options you have if you are accused of sexual assault or facing a sexual assault charge. Being convicted of serious sex crimes can impact your life in many ways. If you find yourself in this situation, a smart first move is to hire a criminal defense attorney.

You must also avoid speaking to the police or others about the alleged crime without the presence of an experienced criminal defense attorney. All types of sexual assault allegations are serious, so protecting yourself and your rights is essential. 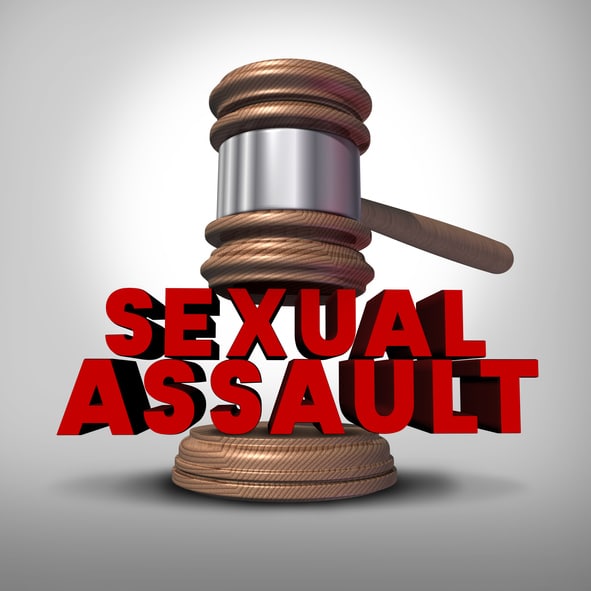 If charges are filed against you, you must work with your sex crimes defense lawyer to develop a strong sexual assault defense strategies. Some of the possible defenses for these types of allegations can be found here.

Understanding your rights and options is the best way to prepare for your criminal defense. This is true for all sex crimes, including sexual assault.

You can do a few things as a defendant or suspect to help you beat a sexual assault charge.

You can take some steps to protect yourself after a sexual assault allegation or charge before a police investigation is conducted. Some of the best steps to take include:

Taking these steps as soon as you find out that you may be accused or charged with sexual assault is important. You can benefit from taking these steps even if charges have not been filed formally.

The tactics used by law enforcement officers when investigating any type of sex crime, including sexual assault, is to gather evidence for the prosecution to use against you. To beat a sexual assault charge, you need to use the tips above. This will help you protect your rights and ensure you are not aiding the investigation against you in any way. By taking these steps, you are also laying the foundation that will help you as you attempt to beat sex crime charges.

When you develop an attorney-client relationship with a reputable CSC defense attorney, they will be able to start working for you and develop a plan to ensure the judge or jury rules in your favor. It is up to the prosecution to prove beyond a reasonable doubt that you are guilty, which means your rape defense attorney needs to develop a plan to create doubt which will help you beat a sexual assault charge.

With the help of an experienced criminal defense attorney, you get advice and guidance from someone who has been through the process and who understands the laws related to cases of sexual assault. Unfortunately, alleged sexual assault cases are not uncommon, and there is a good chance your attorney has represented others facing these charges in the past.

The defense attorney you hire will find out if you are being investigated. They understand how the police will investigate the crime scene (if there is one) where the alleged sexual assault occurred and how they will use DNA evidence (if it is available). This type of “insider” information is invaluable when trying to build a viable criminal sexual conduct defense.

The attorney you hire to help you with a sexual assault situation will also know other steps the police take to build their case against you. They will help you avoid potential pitfalls and mistakes that can hurt your case and help you achieve the best possible outcome.

There is a myth that if you hire legal defense, it is a sign you are guilty. However, this is not the case. Hiring an attorney shows you are serious and realistic about the situation and your future. Innocent people are falsely accused of CSC crimes, which can occur if someone has made false allegations of sexual assault against them. With the help of an attorney, you have legal guidance that is invaluable when facing sexual assault charges.

Do Not Speak to the Police

As a suspect of sexual assault, you should not speak to the police. The only time you should do this is if your attorney is present.

Some people facing sexual assault or sexual abuse charges believe if they cooperate, it will be better for them in the long run. They may also believe they can clear their name. However, in most situations, talking to the police will only give them information and evidence for the prosecution to use. Talking to the police without your defense attorney present may also make it harder for you to beat a sexual assault charge.

Using your right not to talk to the police means law enforcement will have to find evidence elsewhere. It also means that you will not self–incriminate and give the prosecution information to use to prove the sexual assault happened.

As a suspect of sexual assault, you need to avoid talking to anyone else involved in the case, including the alleged victim or witnesses of the incident.

There is not much to be gained by talking about the sexual assault charge with anyone. Even worse, there is a possibility that you will say something about the event that is incriminating. The police will be interviewing everything involved, and if you say something poorly or that you should not, it can be used as evidence against you.

Also, if you try to intimidate or tamper with an alleged victim or a witness to the sexual assault, it is a crime and may result in you facing additional criminal charges. Section 750.122 of the Michigan Legislature states that you cannot willfully interfere, prevent, obstruct, or interfere with a witness’ ability to testify against you.

A criminal offense that has a sexual nature, like sexual assault, is especially serious. Knowing your rights and potential defenses is essential if you are dealing with a sexual assault case in Michigan. After all, a conviction would mean you have a criminal record (potentially for the rest of your life) and can result in jail time, fines, and even the requirement to be listed on Michigan’s sex offender registration. Learn how long you can go to jail for sexual assault here.

Some of the most used legal defenses in cases of sexual assault that will help create reasonable doubt in the minds of the jury or the judge include:

The best sex offender lawyers will be able to apply the proper defense to your sexual assault case.

This creates a situation of “he said, she said.”

In most sexual assault cases, you will not have proof that the sexual assault did not occur, such as a voice recording or text message. Also, if you try to use the alleged victim’s prior sexual activity as part of your criminal defense, it can make you look bad to the jury.

In some sex offenses, claiming consent is not a viable defense according to Michigan criminal law. One example of this is statutory rape. In these cases, the victim was not legally permitted to provide consent (see: what is the age of consent in Michigan?). Anything they may have done or said to consent to the act, even if they initiated it, will not help you when facing a sexual assault charge.

The prosecutor must prove that the sexual assault occurred beyond a reasonable doubt. If they have the proper evidence to reach this standard of proof, then you can receive a guilty verdict.

However, if there is insufficient evidence to prove that it occurred, you will likely receive a not-guilty verdict. This is something you can discuss further with your sexual assault defense lawyers.

In some situations, a defendant that is accused of sexual assault may be able to beat the charge if they have evidence of their innocence. This can be in several forms, such as:

Sometimes, serious sex crime charges, like sexual assault, are actually based on someone else’s false accusations. An alleged victim may make false allegations for several reasons, including:

If you can show that the allegations made against you are false or that the alleged victim in the situation has an ulterior motive, it can help you beat a sexual assault charge.

While this is true, some general consequences may apply to a sexual assault conviction in Michigan, such as:

Also, being convicted of sexual assault means you have a criminal record for the rest of your life. This can result in multiple issues regarding employment, housing, loan options, etc. In some cases, it may even affect the custody of your children.

How to Beat a Sexual Assault Charge

As you can see from the information above, beating a Michigan sexual assault charge is not easy. It requires a strong defense and the help of an experienced defense attorney. If you do not hire a criminal defense attorney because you believe that the jury will see you are innocent, you may be setting yourself up for an unsuccessful case.

Reputable sex crime attorneys, like Attorney Nicole Blank Becker, have years of experience representing clients just like you. They can review the facts of your case and help you defend yourself and your name.

Remember, a conviction of sexual assault can impact your life in many ways. Therefore, you must work with an attorney throughout the process to give you the best chance to beat a sexual assault charge in Michigan.

Do You Need Legal Representation for Criminal Sex Crime Charges?

If you face sex crime charges, such as sexual assault, it is smart to contact Attorney Nicole Blank Becker’s law firm, Blank Law, PC, as soon as possible. Doing this will give you the legal representation you need to ensure you have the quality representation you deserve.

Your situation does not matter; you can count on Blank Law, PC to provide you with the best legal representation possible.

To get started, schedule a Michigan criminal defense attorney free consultation by texting or calling (248) 515–6583 24-hours a day, seven days a week. You can also send an email through our website.

Ensuring that you hire an attorney right away will help you with your case while giving you the best chance to beat your sexual assault charge in Michigan. Be sure to contact Blank Law, PC immediately to avoid a situation where you don’t have a viable defense for your sex crime charges.