The Penalty for Indecent Exposure

Indecent exposure is a sex crime attracting harsh punishment under Michigan law. Unlike other sex offenses, it may not necessarily be committed against someone else or when another person is present. In some cases, it could even be committed accidentally.

750.335a(2)(a): Any individual who exposes his or her person or another individual’s person and does so knowingly, in a way that is open or indecent, is guilty of indecent exposure, a misdemeanor sex crime offense in Michigan. 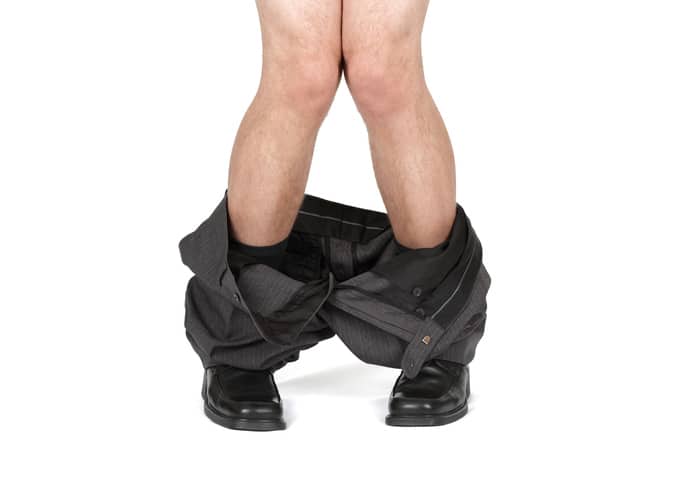 There are two subdivisions of indecent exposure, which include:

750.335a(2)(b): Aggravated Indecent Exposure. If an individual not only exposes his or her private body parts, but also fondles suggestive areas, he or she is guilty of aggravated indecent exposure. This will result in criminal penalties, which are more severe.

Section 750.335a of the Michigan Penal Code states that:

(1) A person shall not knowingly make any open or indecent exposure of his or her person or of the person of another.

(2) A person who violates subsection (1) is guilty of a crime, as follows:

(a) Except as provided in subdivision (b) or (c), the person is guilty of a misdemeanor punishable by imprisonment for not more than one year, or a fine of not more than $1,000, or both.

These details all are per the Michigan Sentencing Guidelines.

Under indecent exposure laws in Michigan, you could face harsher charges if the offensive act is considered aggravated. This crime occurs when you fondle or touch your breasts, buttocks, genitals, or pubic area in a lewd manner. It also occurs if you engage in a sexual act or lewd conduct in the presence of a minor.

It is an act of willful exposure of your private parts. It is intentionally committed to stimulate sexual gratification in someone else. Sometimes, it may also be to intimidate another person.

Although it is a misdemeanor, this offense carries harsher punishments. A person found guilty of an aggravated indecent exposure charge may receive a sentence of up to two years in prison. A fine of up to $2,000 may also be imposed as an alternative. The offender may also be both imprisoned and fined in some cases.

A sexually delinquent person may be subjected to stricter penalties. They may receive an imprisonment sentence for an undetermined period, ranging between one day to life imprisonment.

Why Do You Need a Criminal Defense Lawyer to Fight an Indecent Exposure Charge?

Suppose you or a loved one are charged with any lewd conduct in Michigan. In this case, you need to retain the services of a Michigan sex crimes lawyer. The courts firmly enforce Michigan’s indecent exposure laws, and sex offenders are severely punished. Therefore, you need sex crime lawyers to guide you with court processes and dealing with law enforcement agents.

In some situations, you could also face aggravated indecent exposure charges or be charged as a sexually delinquent person. You need an experienced criminal sexual conduct attorney to defend you in such cases because the punishment is harsher, and you could be imprisoned for life (see: is indecent exposure a felony?).

At Blank Law, PC, we fight for those accused of sex crimes in Michigan. We have handled several indecent exposure cases and helped criminal defendants stay out of jail. We can also help you create an aggressive criminal sexual conduct defense that could get the authorities to drop the charges brought against you or reduce the punishment. Call or message contact our legal team for a free consultation.

Is the Michigan Sex Offender Registry a Requirement if Convicted of Indecent Exposure?

When registering as a sexual offender, convicted defendants are required to provide the following details:

●     Address of temporary or permanent residence

●     Employer’s name and address, along with any other pertinent work-related information

Additionally, they might be asked about their vehicle, license plate, or intended out-of-state travel itinerary (see: can sex offenders travel?). Those registering as sex offenders usually need assistance from sex offender lawyers in the state.

What are the Legal Defenses to an Indecent Exposure Charge?

Ignorance is not a valid defense if you face indecent exposure charges. You could be convicted of indecent exposure and even sentenced even if you were unaware that you were in a public place or that your action is considered indecent exposure. Therefore, you need a skilled CSC  defense attorney to help you beat the charges brought against you.

Additionally, you could have a defense against sex crime charges if you have been wrongfully accused or you are the victim of mistaken identity. The mistake may be on the part of the complainant or law enforcement authorities.

Another legal defense is that you did not touch or flash your private parts for sexual gratification. Also, it could be a good defense if the police used entrapment or a set-up to coerce you into engaging in an indecent act in public.

Although indecent exposure is a misdemeanor sex crime under Michigan law, you risk jail time and paying a fine if convicted. The severity of the punishment depends on the circumstances surrounding the commission of the alleged offense. Therefore, you must build a solid defense strategy to avoid being convicted and punished.

You need the assistance of an experienced criminal defense attorney if you want to fight indecent exposure charges. The Michigan criminal justice system can be daunting, mainly if you are unfamiliar with its operation. So, you should consult sexual assault lawyers to protect yourself or a family member from an indecent exposure conviction.

Attorney Nicole Blank Becker is a skilled female criminal defense lawyer handling sex crimes. She can work with you to create a solid defense strategy to increase your chances of staying out of your county jail.

Once you establish an attorney-client relationship with her, she will protect the confidential or sensitive information you share with her. She will also advise you on the best defense available to you. This contact form sends information about your case straight to Attorney Nicole Blank Becker’s desk, and she will have her army of legal professionals working on your case immediately!