How to Get Domestic Violence Charges Dismissed

To face domestic violence charges in Michigan, you must have an ongoing relationship with the alleged victim. This typically involves someone you are dating, a family member, or a family relationship.

Unfortunately, due to the complexity of domestic violence laws and charges, having a case dropped is challenging. Hiring an experienced domestic violence criminal defense attorney is recommended if you find yourself in this situation.

Domestic violence cases involve emotions and, in some situations, the police are called to a scene where the victim does not want to move forward and press charges. In other situations, they may decide to retract their statement or claim as the case moves on.

The short answer to this question is that it is not up to the alleged victim or the complainant to drop these charges after you are arrested. Once an arrest is made, if the authorities believe there is adequate evidence a crime was committed, it is up to the prosecuting attorney to decide if charges will be pressed. At this point, the domestic violence charge is not decided by the victim.

Cases of domestic violence are widespread. Unfortunately, this is also an underreported problem in the country and worldwide. Sometimes, a domestic violence victim will turn to law enforcement and prosecutors to arrest and charge the offender. 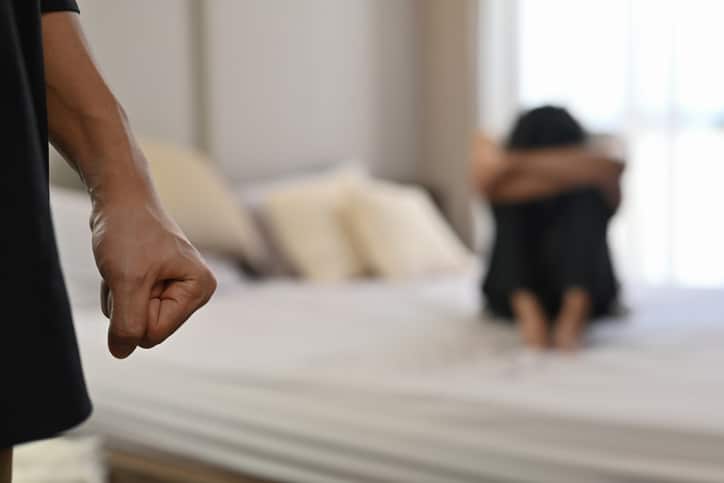 After authorities are called to a domestic violence disturbance, an arrest will likely be made.

According to information from the Michigan State Police guidelines for investigating and arresting those accused of domestic violence, authorities have the right to arrest someone without a warrant if they believe that some type of domestic violence has occurred.

Domestic violence law in Michigan allows this because it ensures the immediate safety of the alleged victim and takes control of the suspect’s hands. Once someone is arrested and faces domestic violence charges, the process moves along rather quickly.

For most domestic violence charges in Michigan, the following occurs which results in criminal charges:

Can a Domestic Violence Victim Recant or Withdraw?

In some situations, the victim will go to trial and try to change their story. At this point, the prosecution can attack the testimony they make in court, stating they are attempting to “save” the accused individual by changing their story or altering the truth.

The jury or judge will then be requested to take the original statement from the victim as the truth because it was made in an “excited state.” This means it is credible because there was no time for them to fabricate what happened. In domestic violence cases, the victim may even face charges for filing a false police report, obstruction of justice, or perjury. Find out if filing a false police report is a felony here.

It is important to note that it does not matter if the alleged victim wants to have domestic violence charges dropped. Once the authorities are involved in the situation, the prosecutors decide if they will move forward or not.

How to Get Domestic Violence Charges Dismissed

If you are involved in a domestic violence case, and domestic violence charges have been pressed against you, it is imperative that you act fast. Domestic violence carries significant penalties; depending on the circumstances, you may face misdemeanor or felony charges. Even in situations where you have a clean criminal record or if you are facing false accusations, jail time is a real possibility.

Do Not Wait to Hire a Reputable Criminal Defense Law Firm

The penalties for domestic violence charges in Michigan are severe.

The Michigan Sentencing Guidelines for a domestic assault conviction in are:

This is a misdemeanor and comes with fines of up to $1,000 and one year in jail

This is a felony and comes with fines of up to $5,000 and five years in prison

In this type of domestic violence case, the victim does not have to be injured. You may also face other consequences, like court-ordered probation, community service, counseling, etc.

It is also worth noting that if you are facing aggravated domestic assault charges, the penalties will be more severe. Usually, these cases will include aggravated or serious injuries, which will be shown in the police reports created by the responding officers.

Due to how serious these charges are, even if you are wrongfully accused, it is necessary to find and use the services offered by a criminal defense law firm. The right attorney will be able to build a solid defense that helps to create reasonable doubt. Creating this will help improve the chances of having the charges cropped. While there is no guarantee that the prosecution will drop charges against you, it is more likely with the help of an attorney. Learn what to look for in a criminal defense lawyer here.

Are you facing domestic violence charges? Are you concerned about the outcome of your case? Do you want to know your options to get the charges against you dropped? If so, we are here to help.

At Blank Law, PC, Attorney Nicole Blank Becker will provide reputable and experienced representation to help you achieve the best possible outcome for the domestic violence charges that have been filed against you. You can call our office at any point, 24 hours a day, seven days a week, by calling (248) 515-6583.

Calling an attorney immediately will ensure you get the quality representation you need and deserve. We will work to help you achieve the best possible outcome for your case. While there are no guarantees regarding how the case will end, we will work to use the evidence that is available to have the domestic violence charges against you dropped.

We are here to help. Be sure to call immediately for more information.