Is Filing a False Police Report a Felony?

Due to the fact that just the accuser’s accusations are required to move forward with a criminal sexual conduct charge, with no supporting evidence needed, is precisely why there are a large number of falsely reported sexual assaults in the United States. A false report of a sex crime will undobtably affect the accused in ways the accuser never dreamt. 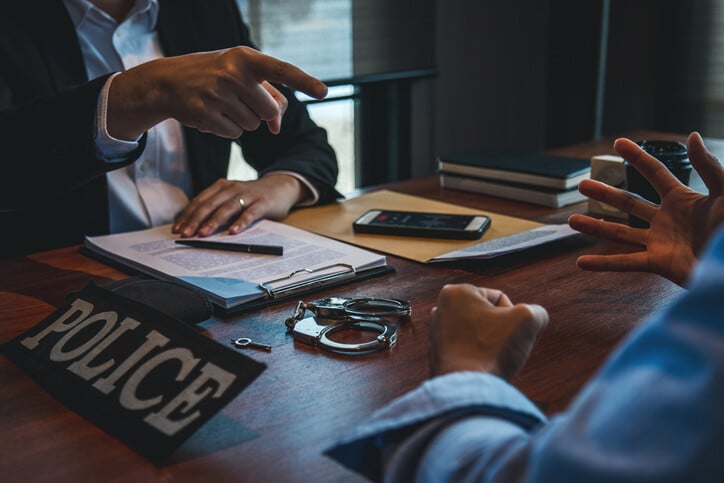 Is Filing a False Police Report a Felony?

Filing false reports can be a felony charge or a misdemeanor, and can be found under MCL 750.411a. A violation or attempted violation of this section may be charged in any jurisdiction in which the communication originated or terminated.

WHY WOULD SOMEONE FALSELY ACCUSE SOMEONE OF A SEX CRIME?

Blank Law, PC has numerous answers to that question. Nicole Blank Becker’s years of experience in this field, and the thousands of cases she has personally been involved in, gives her the knowledge to know first hand that accusers make up stories all the time. Accusers have ulterior motives for making up false accusations and they can be extremely vindictive.

WHY WOULD SOMEONE MAKE A FALSE POLICE REPORT AGAINST YOU?

There are several reasons “why” an accuser would make a false statement to the police. Some of theses examples include, but are not limited to:

● They want to go live with someone other than the accused

● They are in the middle of a divorce

WE WANT TO HAVE THE ACCUSER CHARGED WITH THE CRIME OF FILING A FALSE POLICE REPORT, HOW DO WE DO THAT?

Once the accuser has made an official complaint/police report naming you as the accused, now is NOT the time to be worrying about how to CHARGE him/her with a crime. You are now on the defense, and you have to prove a negative.

Proving a negative is not an easy feat. Instead of concerning yourself with going after the accuser with a criminal charge, you need to direct all of your energy towards helping yourself first and getting yourself OUT of a criminal charge. Once your case has been settled in a favorable manner, this next step can then be discussed.

If a person files a false report of felony crime, that person will be found guilty of a felony punishable by imprisonment for not more than four years, a fine of not more than $2,000, or both.

If a person files a false report, and someone incurs physical injury during law enforcement’s response to address the reported crime, the person responsible for the false report is guilty of a felony punishable by imprisonment for not more than five years, a fine of not more than $20,000, or both.

If a person files a false report, and someone incurs serious impairment of a body function during law enforcement’s response to address the reported crime, the person responsible for the false report is guilty of a felony punishable by imprisonment for not more than 10 years, a fine of not more than $25,000, or both.

If a person files a false report, and someone is killed during law enforcement’s response to address the reported crime, the person responsible for the false report is guilty of a felony punishable by imprisonment for not more than 15 years, a fine of not less than $25,000 or more than $50,000, or both.

The following are defenses that can be used when charged with filing false police reports:

Unfortunately, false allegations of sexual assault are often made. Typically, when an accuser of a sexual assault or serious crime makes a police report, the legitimacy of the report is not figured out until AFTER the accused has already been charged.

It takes a skilled criminal defense attorney to be able to provide the detective and/or the state with the information they need in order to prove there was in fact information reported.

On the other hand, being falsly accused of a sex crime can and will turn your world upsidedown. Nicole’s years of experience with sex crimes will assist you in the fight for your life. Once it is discovered that the accuser has made false accusations, there will be some very important conversations had between Nicole and the state discussing the reality of having your criminal charges dismissed.

Nicole Blank Becker has a respectful, working relationship with the police departments and the assistant prosecutors in Michigan, which will certainly assist you in the pursuit of justice.

Not only does Nicole develop an excellent attorney-client relationship and promise to give you the best legal advice, but she will also work tirelessly to get your felony or misdemeanor charges dismissed or your penalties reduced.

If you or someone you know has been arrested, accused, or are under criminal investigation/police investigation for a false report case or any sex crime, Blank Law, PC is ready to help. Contact us today by calling (248) 515-6583 and get criminal lawyer Nicole Blank Becker working for you today.