What is the Charge for Soliciting a Prostitute?

Michigan prostitution law makes soliciting a prostitute illegal. That means you could face serious charges if you’re accused of inciting someone to engage in any sexual conduct in exchange for money or any other form of compensation.

Because of the serious ramifications that come with a conviction for solicitation of a prostitute, it would be best not to handle these charges alone. 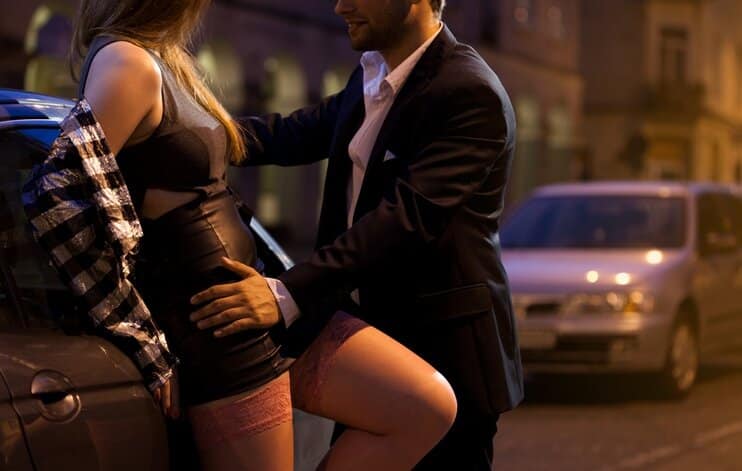 The best thing to do is to enlist the services of a skilled sex crimes attorney from a reputable law firm and, preferably, one who’s solely focused on sex crimes.

Here, we’ll go over everything you need to know about the solicitation of a prostitute charge in Michigan, including what you should expect and how to beat the charges.

What is the Charge for Soliciting a Prostitute?

Prostitution and solicitation of prostitute laws go hand in hand.

The former is designed to address the person offering the sexual acts in exchange for money, while the latter targets the person paying for the services of a prostitute.

The Offense of Soliciting a Prostitute in Michigan

Soliciting means inciting or inviting a person, through whatever means, to commit a crime — as such, soliciting a prostitute refers to the crime of inciting or enticing another person to engage in prostitution by offering money in exchange for a sexual act.

For a person to be convicted of soliciting a prostitute, the prosecution must prove beyond a reasonable doubt that the accused approached another person and offered some form of compensation in exchange for a sexual act.

This is irrespective of whether the interaction between the two happened in a public or a private setting.

The only requirement is that the accused person approached another and offered to pay for sexual favors. There is also no requirement that money must change hands, as long as an offer was made.

In Michigan, and most other states, the law allows law enforcement officers to go undercover and pose as prostitutes to nab individuals engaged in the solicitation of prostitutes. These undercover operations are referred to as police sting operations.

If you have been arrested under such circumstances, defending your charge can get complicated. Therefore, it’s critical to work with a skilled criminal defense attorney with experience in such charges.

The Legal Ramification for Solicitation of a Prostitute

Under prostitution and solicitation of prostitute laws, penalties for both offenses are largely the same.

Upon a conviction of these crimes, the accused person may be guilty of a misdemeanor or a felony, depending on the underlying circumstances such as prior convictions with the same offense or the complainant’s age.

For example, prostitution and solicitation of prostitute charges are considered a misdemeanor for first-time offenders, carrying a penalty of up to 93 days in jail, a fine not exceeding $500, or both.

For a second conviction of prostitution or solicitation of a prostitute, the accused will be guilty of a misdemeanor, but with enhanced penalties of up to one year in jail, a fine not exceeding $1,000, or both.

Third and subsequent convictions often attract stiffer penalties, including a maximum of two years in prison, a fine not exceeding $2,000, or both.

Where the solicitation of prostitution involves a person under the age of 16, the defendant will be charged under MCL 750.145.

Under this section of the law, it’s a criminal offense for any person to solicit sex from a child younger than 16, irrespective of whether there was an offer to pay for the sexual act in question or not.

Upon a conviction for violation of this section of the law, the offender will be guilty of a Class F felony which is punishable by a maximum sentence of up to four years in prison, a fine not exceeding $4,000, or both for a first-time conviction.

For a second and subsequent conviction of solicitation crimes involving minors, the accused will be guilty of a Class D felony that carries a penalty of up to a maximum of 10 years in prison, a fine not exceeding $10,000, or both.

Registration as a sex offender is one of the greatest nightmares for individuals facing sex crime charges.

The good news is a conviction with prostitution and solicitation of a prostitute in Michigan does not constitute a tier I, tier II, or tier III, so it does not warrant registration as a sex offender with the sex offender registry.

However, the offender would be guilty of a tier I offense, requiring registration as a sex offender, if the solicitation crimes involve a minor.

Whether the offense involves a minor or not, the conviction with a sex crime will remain on your record for years, limiting your ability to travel, find homes for rent, secure employment, among other things, in the future.

This is why it’s an absolute necessity to work with an experienced criminal defense lawyer whenever you face any sex-related charges.

Defending Solicitation of a Prostitute Charges

Like any other sex crime, defending solicitation of prostitution charges can be complicated, especially if the accused is facing the prosecution alone.

Therefore, you must work with skilled criminal defense attorneys for legal advice when facing any prostitution-related offenses in an effort to minimize the chances of a conviction.

Some of the possible defenses for a solicitation of prostitution charge

● No Offer to Pay for Sexual Acts

Soliciting sex from another adult is not criminal if no compensation was offered for the sexual acts.

Suppose, by chance, you’re arrested for soliciting sex from an adult, but never offered to pay for the sexual acts. In that case, your defense team can use no offer to pay or no payment was made in the interaction as a defense strategy to prove that you did not commit a crime.

● The Money Exchanged was Not Payment for Sex

Even where money exchanged hands, it doesn’t necessarily mean that it was payment for sexual services.

In such a case, your defense team can use “not payment for sex” as a defense strategy if the money purported to have exchanged hands was not intended to pay for sex.

If the law enforcement officers used some underhand strategies while arresting in a police sting operation, your legal defense team could use entrapment as a defense strategy for your charges.

If you or a person close to you is charged with solicitation of prostitute charges in Michigan, you will need to work with the best lawyer, precisely one solely focused on sex crimes.

With over decades of experience practicing law in Michigan, along with other states, Nicole understands the emotions that accompany facing prostitution-related charges and focuses on building a solid attorney-client relationship that ensures her clients are at ease while sharing the details of their case.

Nicole has also served as Chief of the Sexual Assault Unit when she was a prosecutor, meaning she is always a stride ahead of her peers and is best placed to give you the most solid legal advice in order to help you with your case.

Better still, her experience on both sides of the law helps her look at every case from both perspectives, guaranteeing the best possible outcomes for your charges.

You do not want solicitation of prostitution charges to mess up the rest of your life. Get in touch with the Blank Law firm by contacting us at (248) 505-5929 or contact us online to book your free consultation and have Nicole Blank Becker by your side and experience an attorney-client relationship like no other.