Soliciting Prostitution Online Charges: What You Need to Know

Prostitution is considered a serious crime. Paying someone money for sexual gratification is illegal in all states, except Nevada, which has controlled brothels. Besides the actual prostitution, solicitation of a prostitute is also a crime punishable by jail time and hefty fines, on top of other court fees.

Like other sex crimes, being convicted of a solicitation of a prostitute charge is  embarrassing and may ruin your reputation. If you have a conviction for soliciting a prostitute, this can directly impact your employability.

Many people facing prostitution or solicitation of a prostitute charges take the offenses lightly, only to realize later that they made a terrible mistake and should have educated themselves prior to moving forward so flipantly. If you face any kind of prostitution charge in Michigan, call (248) 515-6583 to book a free consultation and case evaluation with Michigan’s best prostitution lawyer, attorney Nicole Blank Becker of Blank Law, PC.

What is Solicitation of a Prostitute?

Solicitation of a Minor

Much like solicitation of prostitution charges, there is no requirement for money to change hands or even a discussion for payment to be had to face a solicitation of a minor charge. The only requirement is that the other person is under 16 years old. 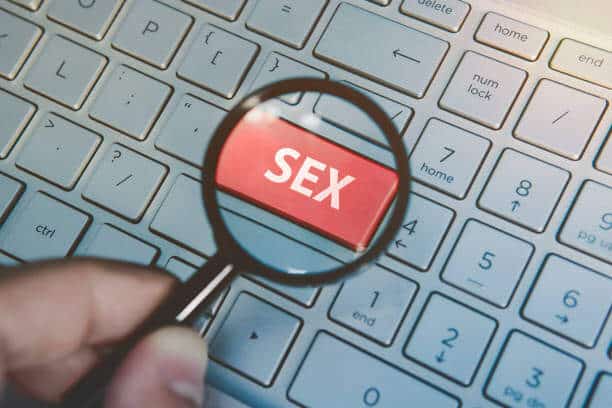 Historically, solicitation of a prostitute involved the solicitor driving or walking a street, or any other place, to find a prostitute and engage in a face-to-face conversation about payment agreements prior to engaging in a sexual act. With the advent of the internet, however, everything has changed, and some sex crimes, including soliciting a prostitute, have now been charged based on online solicitation (internet sex crimes).

MCL 750.145d criminalizes the use of the internet or a computer to commit a sex crime.

The common crimes covered under Michigan internet sex crimes include:

Just like charges of solicitation of a prostitute, when someone solicits a person on the internet, they do not have to engage in sexual intercourse for charges to be applicable. The only requirement is that the accused person showed “intent” to pay for sex acts with the other person. There must always be some discussion about payment for sex acts in these cases.

Solicitation of a Minor over the Internet

If the underlying crime is a misdemeanor or a felony carrying a penalty of a maximum of two years, the enhancement penalty will be an additional sentence of up to two years, a fine not exceeding $5,000, or both. This enhancement applies to persons with more than two convictions for internet solicitation of prostitutes.

It is legal for a law enforcement officer in Michigan to pose as prostitutes on the side of the street, in a bar, or anywhere else they desire. This is done to nab persons engaging in illegal solicitation of prostitutes. The law does not consider this entrapment. That argument will fail in court.

It is very common for a law enforcement officer to pose as a prostitute online. These internet sex crimes are typically done through operations commonly referred to as ‘sting operations.’ For solicitation of a prostitute online, undercover police officers may pose as prostitutes in chat rooms. Often times, law enforcement is known to go overboard when setting up a sting operation, resulting in people who would otherwise not engage in criminal behavior finding themselves caught up in a solicitation of prostitution online charge. If your online solicitation charges result from an internet sting operation, a skilled internet sex crimes attorney can help you.

When arrested for solicitation of prostitution offense, or any other type of sex related offense, the first thing you should do is remember your rights. These rights include remaining silent and having legal representation with you every step of the way.

It is always best to enlist an experienced criminal defense lawyer from a reputable law firm in order to better your chances of a fair outcome.

Defending your internet solicitation of a prostitute charge can be complicated, especially where there is evidence to show criminal intent. With that said, it is possible to significantly reduce your charges by working with the best, Michigan criminal defense attorney Nicole Blank Becker of Blank Law, PC.

Nicole’s 20+ years of practice in criminal law makes her more than just an experienced lawyer. She was the Chief of the Sexual Assault Unit and the Child Abuse Unit in Macomb County for years. Now, as a criminal defense attorney, she is solely focused on sex crimes. Therefore, she has deep insight into Michigan sex crime laws from both persepectives.

Having worked with countless people facing sexual assault charges, Nicole understands that being charged with a solicitation crime does not define who you are. Nicole is ready to fight for you and your rights, and she does not back down. In fact, Nicole believes in fighting for her clients tenaciously.

Nicole insists on building a solid attorney-client relationship so the truth can finally be told. Speaking to Nicole, you will feel the stress lift off of your shoulders and happily put onto her shoulders You will even feel at ease when sharing the details of your case, which is critical to building a strong defense. Nicole believes in honesty and not making false promises.

Call Blank Law, PC today for a free initial consultation. Call (248) 515-6583 or fill out this online contact form to book your free consultation and get criminal defense attorney Nicole Blank Becker on your case.

Our contact form sends information through unencrypted email, so you do not have to worry about your confidential or sensitive information being compromised.