Soliciting a Minor Sentence: Everything There is to Know

If you are charged with the offense of soliciting a minor, or any other sex crimes involving a minor, you could be looking at a significantly harsh sentence. A sex crime involving minors is a felony in Michigan, even where sexual acts do not occur. The penalties get even higher if you have previous convictions for illicit sexual activity.

Sex crime charges involving minors tend to be pretty emotive, with everyone involved looking at the accused as guilty, even before having a trial. Emotions in cases with minors can easily persuade a jury to believe the suspect is a monster. This means that in order to properly fight sex crime cases involoving minors, your case will require you to work with a top criminal sexual conduct attorney who is well versed in sex crimes. You must select a lawyer that has been trained and certified in questioning children on the stand.

To better understand sentencing for the offense of solicitation of a minor, it would be best first to grasp what the offense entails, the different aspects of the offense, and everything in between.

Generally, soliciting refers to approaching someone with a request or plea, urging strongly or enticingly. Under Michigan law, soliciting someone to commit a crime is in itself a separate crime. 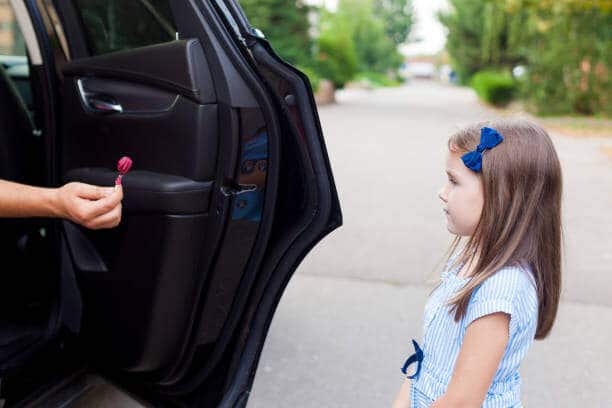 When it comes to sex crimes in Michigan, a person can be charged with soliciting in mainly two ways:

Michigan Solicitation of a Minor Law

Michigan has two statutes covering solicitation of minor crimes. These include:

MCL 750.145a: Enticing, Soliciting, or Accosting a Minor for Immoral Purpose

A person who is soliciting, enticing, or accosting a child for immoral purposes (under the age of 16) or have them submit to an act of sexual intercourse or gross indecency, or any act of delinquency or depravity will be guilty of solicitation of a minor. The same applies to any person who initiates contact with a another person that they thought or believed was a child to engage in sexual activity, even when that person turned out not to be a child.

MCL 750.145d: Solicitation of a Minor Using the Internet

An accused person shall be guilty of solicitation of a minor if they use the internet, computer, computer network, computer program, or computer system to achieve online communication with a person under the age of 18 and have them engage in a sexual act, i.e. child pornography.

In recent years, online solicitation of minors for immoral purposes has been quite a challenge for law enforcement. That is perhaps because of the new social platforms emerging every day, making it possible for individuals to disguise themselves as minors to take advantage of actual minors.

In Michigan, law enforcement officers are dedicated to fighting solicitation crimes. Oftentimes, they pose as a minor to nab persons engaged in the solicitation of a minor offense.

If your charges arise from a police sting operation, your lawyer can help establish an entrapment operation and use that as a defense strategy. With that said, it is very difficult to claim entrapment under these circumstances, so it will take refined criminal defense attorneys that know about sex crimes to beat charges on entrapment grounds.

Solicitation of a Minor Penalty

If convicted under MCL 750.145a, a person will be guilty of a felony punishable by imprisonment for not more than four years or a fine of not more than $4,000, or both.

If a person commits the offense of soliciting a minor as stipulated under MCL 750.145d, a person will be guilty of a felony punishable by imprisonment for not more than 20 years or a fine of not more than $20,000, or both. With that said, not all sexual conduct crimes committed using the internet carry a penalty of up to 20 years in prison. The sentencing will depend on the underlying offense.

It is important to note that this sentence comes on top of the punishment you get for a conviction in the underlying offense.

If the person is a repeat sex offender, the prosecution may seek enhancements for their sentencing. As a result, the convicted person could face more trouble if their underlying conviction results in longer sentences.

For example, when the underlying offense (possible second degree felony)constitutes a felony punishable by a term of not less than 10 years and not more than 15 years, the person shall be guilty of a felony carrying a penalty of not more than 15 years imprisonment, a maximum $10,000 fine, or both. For an underlying third degree felony carrying a penalty of 15 years to life, the person will be looking at up to 20 years, a maximum $20,000 fine, or both.

Online solicitation of a minor can go beyond Michigan’s jurisdiction to involve law enforcement officers and the government in a federal court. One of the reasons solicitation of a child offense may be elevated to the federal level is if the offense crosses state lines, which is usually the case for internet-based illegal sexual offenses (see what are internet sex crimes, i.e. possess child pornography).

Solicitation of a minor under the federal level is covered in three sections of the law:

Any person that knowingly coerces, entices, induces, persuades, or attempts to cross state and international boundaries to engage in prostitution or other illicit sexual activity with a minor will be guilty of solicitation of a minor. The same applies if a person uses mail, the internet, or other means of international or interstate commerce to commit a criminal offense.

A person shall not move or cause a minor to be moved across state or international lines (sex trafficking) to have them engage in sexual activity. The same applies to persons who cross state and country boundaries to engage in sexual activity with a minor. Under this section of the federal law, a person will be guilty of soliciting a child even when their efforts to achieve sexual contact with a minor are unsuccessful.

18 USC Section 2425: Use of Interstate Facilities to Transmit Information About a Minor

This section of the law prohibits the use of facilities such as mail or other means of international or interstate commerce, like the internet, to transmit or share personal details of a minor with the aim of enticing, encouraging, offering, or soliciting other persons to engage in sexual activity with the minor. While federal law defines a minor as any person under the age of 18, this section is unique because it defines a minor as a person under 16.

Consequences of Being Charged Federally

The consequences of federal crimes are often tougher due to the fact that the prosecution will have the federal government backing, the quality of evidence is usually better thanks to the resources available for federal law investigators, and the penalties involved are likely to be severe. You should also remember that you may be prosecuted for the same crime under state and federal laws concurrently without the charges constituting double jeopardy.

If you are under investigation for using the internet to commit a sexual crime, you must hire a criminal defense lawyer who focuses on sexual assaults and criminal sexual conduct. The right lawyer must have a good grasp of state and federal criminal law on sex crimes to ensure that you avoid being sent to a federal prison for the rest of your life!

While the prospects of beating solicitation charges may seem bleak, it is possible to beat them if you have a skilled defense attorney on your side.

Some legal defense strategies that your attorney may explore include:

Defense Must be Backed By Evidence

All sexual assault defense strategies will stand or fall on the evidence. This means your sex offender lawyers can only explore a strategy if the available evidence backs their argument.

There is no requirement for your attorney to prove your innocence. Your attorney only needs to introduce reasonable doubt to the prosecution’s case. Remember, a person may only be convicted of solicitation of a minor if the prosecution can prove that the offender is guilty of the said offense beyond a reasonable doubt. Learn more on how to beat a solicitation charge in Michigan here.

Besides prison time, if you have a sex crime conviction, you will also require sex offender registration under the Michigan Sex Offender Registry. The stigma of being placed on the sex offenders registry lurks long after you have served your time in prison, jail and/or probation or parole.

If you live in Michigan, or in any state in the U.S., criminal defense attorney Nicole Blank Becker is the lawyer you need to call when facing sexual assault charges.

Nicole has over 20 years of experience in criminal law with a record of success to back it up. Nicole’s practice is solely focused on sex crimes, meaning she understands all the ins and outs of Michigan and federal cases involving sex crimes, specifically sex crimes with minors.

Nicole was a prosecutor for years and ultimately became the Chief of the Sex Crimes Unit and Child Abuse Unit in Macomb County. Due to Nicole’s lengthy experience as a prosecutor and a defense attorney, she has the unique ability to look at your case from all angles in order to give you the best representation possible.

Attorney Nicole Blank Becker treats every client as an individual and always aims to create a strong attorney-client relationship. She knows the critical  necessity of details, honesty, and hard work. She will listen to you and formulate the best criminal sexual conduct defense that works for your case.

Do not let a single accusation put a black mark on your life. Contact attorney Nicole Blank Becker of Blank Law, PC now at (248) 515-6583 or fill out the online form to book your first free consultation.