There are no written Michigan sexting laws. However, if the images depict a minor engaged in child sexually abusive activity or any content categorized as child pornography, the person involved may be charged under Michigan child pornography laws.

Sexting is a term derived from sex and text message. It refers to sharing sexually explicit content via electronic means such as SMS, MMS, Facebook, WhatsApp, or other social media applications.

Although people of all ages can engage in this mode of sexual connection, it’s more prevalent among teens. That’s perhaps because of their newfound freedom, desire to explore, and easy access to phones. 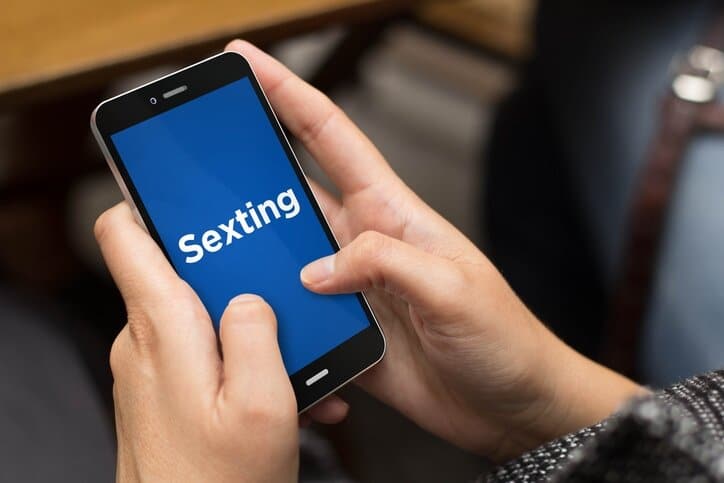 Many people, particularly teens and preteens, think that consensual sharing of a sexually explicit image is legal, but nothing can be further from the truth.

What’s even worse, sexting could have other serious consequences beyond the possible legal ramifications. These include:

In Michigan, the following laws can hold teenagers liable for sexting and sharing any child pornography:

Disseminating sexually explicit matter to a minor is an offense under MCL 722.675(5):

Upon a conviction for disseminating sexually explicit matters to a minor, a sex offender will be guilty of a felony according to Mi. Comp. Laws Ann. § 722.675 Sec.5. The penalties for this sex offense carry a penalty of not more than two years in prison, a fine not exceeding $ 10,000, or both.

Unlike other sex offenses, you do not have to undergo the Michigan Sex Offender Registry with your local and federal law enforcement agencies for a conviction with this sexual offense.

If you are being charged with disseminating sexually explicit photos, one of the best defenses is consent. You may argue that both parties consented to sexting to get lesser penalties, if that’s the case.

However, consent may not apply if one of the parties the sexually explicit image was sent to is a minor, so you’ll need to double-check with a criminal defense attorney who is well versed in Michigan child pornography laws and federal law to establish whether the aspect of consent will have any impact on your case.

(a) Except as provided in subdivision (b) of subsection 1 of the MCL 750.441s, upon conviction, the accused will be guilty of a felony carrying a penalty of not more than two years in prison, a fine not exceeding $5,000, or both.

(b) A person may also be found guilty of a felony punishable by a prison time not exceeding a five-year prison sentence, a fine not exceeding $10,000, or both, if, per Michigan law, any of the following circumstances apply:

(i) The sexually explicit image or message was posted by the accused in violation of a restraining order.

(ii) The sexting message was posted by the accused in violation of probation, parole, pretrial release, or release on bond, pending appeal conditions

(iii) There is a credible threat to the victim, a member of their family, or any individual living in their household, resulting from the posted sexting message.

(iv) The accused has been previously charged with a similar or sexting-related offense.

(v) The victim is under 18 years of age, while the accused was more than five years older than the victim, during the commission of the offense.

Other penalties may include being ordered to compensate the government for expenses incurred due to the offense in question.

A possible defense for this sexting laws crime can be that the posted message falls under constitutionally protected free speech or activity.

Talking to a criminal defense attorney who is focused on these types of crimes can help you establish other possible diversion options for your case and can tell you what to expect in court. They can also show how to present the most compelling defense argument.

A person shall be guilty of malicious use of service provided by a telecommunications service provider with intent to frighten, terrorize, threaten, intimidate, harass, molest, annoy, or disturb the peace of another person, by doing any of the following:

(a) Threatening to cause physical harm or damage to property through a conversation or message via telecommunications service or device.

(b) Deliberately conveying false information on the death, injury, sudden illness, or accident of another person via telecommunications service or device.

(d) Using vulgar, offensive, indecent, or obscene language or suggesting lewd or larvicolous acts in a conversation or sexting message via telecommunication services or device.

(e) Repeatedly initiating a call and deliberately hanging up without speaking as or before the call is answered.

Upon a conviction with violation of Mi. Comp. Laws Ann. § 750.540e, a person will be guilty of a misdemeanor punishable by imprisonment not exceeding six months, a fine not exceeding $1,000, or both.

Alibi defense is one of the possible arguments for this offense. That means you’ll need to prove that someone else used your device to commit the crime. However, you must have evidence, and or witnesses, to back your defense argument.

If you or your child is facing child pornography charges that are sexting-related, you will need to work with a child pornography lawyer that is well versed with Michigan and federal law, relating to sex crimes.

Blank Law, PC, Nicole Blank Becker, has an outstanding reputation as a criminal defense lawyer solely focused on sex-related crimes in Michigan, and has more than 20 years of experience in Michigan criminal and federal law.

Nicole has been on both sides of the law – in the office of the prosecutor in Macomb County and Wayne County, and as a defense attorney. This makes her the best person for defending your sexting crimes and any child pornography/child sexually abusive material crimes, that could result from them.

Nicole understands that bad things happen to good people and aims to cultivate an excellent attorney-client relationship as to ensure you do not feel stigmatized, based on your charges. Nicole will ensure that you get the best possible defense for your charges and avoid sex offender registration, that accompanies a conviction with child pornography.

Contact Blank Law, PC to book a free consultation with Nicole Blank Becker today and experience an attorney-client relationship like no other.