Human trafficking is a multibillion-dollar criminal enterprise and is considered by most people as modern-day slavery.

This happens all over the world, becoming the second-largest criminal enterprise after drug trafficking.

Human trafficking can take many forms, and it affects many people in Michigan, both U.S. and foreign nationals. In most cases, victims of human trafficking are used for sexual exploitation and forced labor. 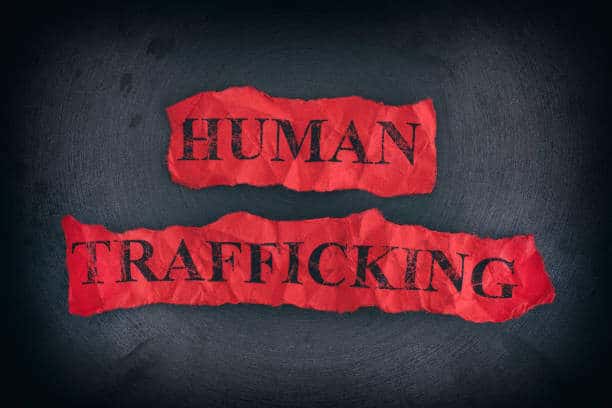 Due to its connection with sex crimes, human trafficking attracts a lot of  attention from state and federal law enforcement agencies.

If you are charged with human trafficking in Michigan, you may be looking at severe penalties on both a state and federal level.

The good news is that working with an experienced human trafficking defense lawyer can significantly improve your chances of beating your charges.

Human trafficking can be defined as taking advantage of another person through force, fraud, or coercion.

According to the United States Department of Justice, the crime involves exploiting persons for labor, commercial sex, or other services.

Usually, human trafficking affects people of all gender and ages, with the victims being forced into prostitution, domestic servitude, and other forms of forced labor for little or no pay.

As used under Michigan Penal Code § 750.459, travel services refer to any means of transportation, including ground, air, or sea.

Additionally, hotel and accommodation services, package tours, redeemable vouchers for future travel, among others, are also considered as travel services under this section of human trafficking laws.

It’s a criminal offense for a person to transport or cause another person to be transported knowingly, aid in the transportation through any means, into, across, or through state lines, for prostitution, with the purpose of inducing that person to become a prostitute through force, fraud, or coercion.

It’s a criminal offense for a person to knowingly sell or offer to sell travel services to individuals who intend to use the services for human trafficking.

Under this section of the law, it’s a crime for any person to facilitate selling the services, knowing that the services are intended for human trafficking.

If a violation of Michigan Penal Code § 750.459(2) involves minors, upon arrest, the defendant will be facing trafficking of minor charges that carry a more severe penalty upon conviction.

When human trafficking crosses state or international lines, it becomes a federal offense with stiffer penalties than state-level offenses.

When defending federal-level offenses, it’s crucial to ensure that you work with a reliable human trafficking attorney that is well-versed in both Michigan and federal criminal law.

There are several federal laws designed to protect victims of human trafficking:

Under the law, an attempt to obstruct or interfere with the enforcement of this section of the law is punishable with similar penalties as persons convicted of commission of the offense.

This section of the law protects children who form a significant percentage of sex trafficking victims.

Under this law, trafficking children or benefitting in any way from child sex trafficking is a criminal offense punishable by imprisonment depending on the underlying circumstance.

SEVERE FORMS OF TRAFFICKING IN PERSONS

Under federal law, severe forms of human trafficking include:

Upon a conviction for violating Michigan Penal Code § 750.459(1) by transporting persons for prostitution, the defendant will be guilty of a felony punishable by imprisonment for a term not exceeding 20 years, a fine not exceeding $20,000, or both.

Upon a conviction with knowingly selling, offering to sell, or aiding in the selling of travel services to persons intending to use the services to transport other persons for prostitution, the offender will be guilty of a felony, attracting a penalty of not more than five years in jail, a fine not exceeding $5,000, or both.

According to Section 4 of Michigan Penal Code § 750.459, persons arrested for violating this section of the Michigan human trafficking law may be prosecuted in any city or county in which the offense was committed.

Penalties for federal charges can vary depending on the nature of the offense and other underlying circumstances.

Upon a conviction for violating 18 U.S. Code § 1581, the offender shall be guilty of a felony which attracts a penalty of a maximum of 20 years in prison.

If a victim dies as a result of the commission of the offense or if the crime involves kidnapping, aggravated sexual assault or attempted murder, the offender shall be guilty of a felony and faces an indeterminate prison term, a fine as prescribed under this law, or both.

Attempts to obstruct or interfere with the enforcement of this law are also met with similar penalties upon conviction.

Under 18 U.S. Code § 1591, a person convicted of benefiting in any way from sex trafficking involving minors under the age of 18 shall be guilty of a felony punishable as follows:

Depending on the underlying circumstances in specific human trafficking charges, the offender may be required to register as a sex offender with the Michigan sex offender registry. This is especially true if the charges involve child sex trafficking.

Human trafficking cases attract a lot of law enforcement attention and can be complicated due to their relationship with sex trafficking.

With that said, the burden of proof lies with the prosecution. That means the prosecutors must prove beyond a reasonable doubt by producing all the available evidence to warrant a conviction.

In most cases, evidence could exist in the form of DNA connecting the defendant to the scene, witness testimony of one of the accused persons, or video surveillance of abductions.

Due to the complexity of the charges, and the fact that human traffic offenses may be tried on a federal level, it’s crucial to enlist the services of an experienced criminal defense attorney as soon as you are arrested for human trafficking. More importantly, you need to make sure that your criminal defense lawyer of choice is qualified to represent you in a federal court.

A good criminal defense attorney will help you prepare valid arguments to help you fight all of the charges before you.

Some of the possible human trafficking defense strategies that your defense lawyer could employ include:

NO VIOLATION OF LIBERTY

No violation of the victim’s liberty is an excellent human trafficking defense strategy, if you can prove it in court.

Transportation of people, from one place to another, without the aspect of human trafficking as defined by law, is legal. With that said, in some circumstances, you may find yourself charged with human trafficking due to a misunderstanding.

A skilled criminal defense lawyer can help you dissect the evidence provided to prove that the alleged victim was free to leave, and that you did not subject them to involuntary servitude or forced labor.

If holding another person against their will cannot be proved in court, the human trafficking charges cannot stand.

In some situations, some human trafficking cases may not be anything more than false accusations.

The false accusations may be motivated by malice, anger, or revenge.

If you believe that your charges are based on false accusations, your criminal defense attorney can help you prove it in court.

Human trafficking cases carry severe penalties on a state and federal level. Therefore, avoiding a conviction should be the priority of any person facing such charges.

If you are facing human trafficking charges in Michigan, criminal defense attorney Nicole Blank Becker of Blank Law, PC is your go-to lawyer.

Nicole has over 20 years of experience in both Michigan and federal law, and is well placed to offer you the best criminal defense representation for your charges. Her experience in sex-related crimes is unmatched to other defense attorneys in Michigan because her law firm is solely focused on sex crimes.

Unlike other defense attorneys, Nicole Blank Becker does not pass judgment based on your charges. Instead, she understands that bad things happen to good people and, as a result, works to ensure that you get the best possible outcome.

Don’t hesitate to contact the Blank Law Firm at 248-515-6583 or contact us online to book your free consultation and get Nicole on your side.

Do not let your charges ruin the rest of your life. Ensure you have the best criminal defense lawyer to fight for you.