Regardless of which child pornography charge you are charged with, child sexual abuse is a serious offense under both state and federal law. Upon conviction, an offender could be looking at possible prison time, jail time, hefty fines, or both.

On top of that, an offender must fulfill mandatory sex offender registry requirements that can have a lifetime impact. Sex offender registration comes with many other consequences, including limitations on where you can live or work, along with a damaged reputation. 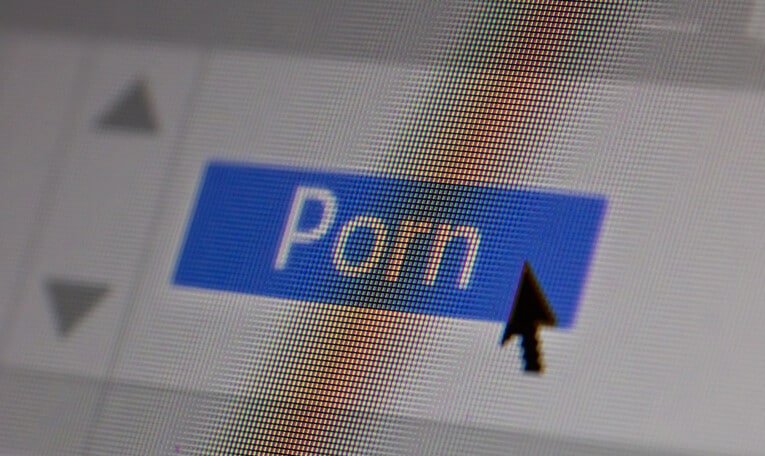 If you are facing child pornography or other child sexual exploitation charges, be sure to have one of the best sex offender lawyers on your side, even when you believe you are innocent. The right attorney will help you expose the weaknesses of the prosecution’s case and fight to protect your rights.

What is Child Pornography Under Federal Law?

Child pornography is defined under Section 2252 of Title 18, United States Code as any visual depiction of sexually explicit conduct involving a minor. As used in this section of the federal law, a visual depiction includes a photograph, video, computer-generated or digital images indistinguishable from a minor, and images that have been altered to look like a minor.

Federal child pornography offenses are not limited to developed image depictions. An undeveloped photo or video film, or any form of data stored on an electronics device or a computer that is convertible into an image or video of sexually explicit conduct involving a minor, is considered child pornography.

As used under federal law, sexually explicit conduct is not limited to a child engaging in sexual conduct or in a listed sexual act. Any depiction of a naked minor can be classified as child pornography if deemed sufficiently sexually suggestive or the depiction of the child is deemed sexual exploitation by the investigating agency.

A minor under this section refers to a person under 18-years old. While the age of consent for sex may be lower than 18 in some states, under federal law, images of sexually explicit conduct of persons that have attained the legal age of consent in their respective states, but are younger than 18, are considered child pornography.

Is it against the law to look at child pornography?

For a person to be convicted of possession of child sexually explicit material under federal law, the government must prove beyond a reasonable doubt that:

Federal possession of child pornography charges are categorized into two different sections, depending on the age of the child victims. These include:

Penalties for Possession of Child Pornography

Under federal law, a person found in possession of child sexually explicit material with children over the age of 12 will be guilty of a class D felony upon conviction. The offense carries a penalty of not more than 10 years in prison for first-time offenders, without considering other aggravating factors.

For offenders with a prior conviction, a conviction will result in up to 10-20 years in federal prison. Besides prison time for this form of child exploitation, the judge is required, under federal laws, to impose a minimum of five years of supervised release upon completing any prison time.

Federal possession of child pornography depicting a minor below the age of 12 is classified as a class C offense under federal law. Convicted offenders could face up to 20 years in prison and a lifetime of monitored release.

For offenders with prior convictions, the minimum penalty is 10 years in prison. Additionally, the sentencing court is required, under the law, to impose a supervised release of not less than five years following statutory confinement.

Sometimes the government can argue a person in possession of child pornography must have received it at some point.

When facing possession of child pornography or child sexual exploitation charges, more often than not the prosecution will have in their hand the evidence to show that you did possess child pornography.

Proving your innocence under such circumstances can be pretty tricky. It is, therefore, a good idea to hire a skilled child pornography lawyer when in such a situation. A  lawyer familiar with these types of crimes can help get your charges reduced to a lesser one.

Sometimes the images or video content in question could depict an individual that would be rather difficult to establish that they were below the age of 18.

Under such circumstances, the defense can use “not child pornography” as a defense strategy.

The same defense strategy could be used to lessen a charge of child pornography involving children under 12 years of age into possession of child sexually explicit material with exploited children above the age of 12, which carries a less severe penalty.

For example, the police are required by law to have a search warrant before searching a suspect’s home, office, vehicle, computer, or anything else owned by the accused. Searching without a warrant can result in the evidence of child exploitation obtained during such a search being tossed out.

Other times police may conduct a sting operation to nab child pornography offenders on the internet. If you are arrested and charged with child pornography charges through a police internet sting, your internet sex crime attorney could look into the possibility of using entrapment as a viable defense strategy.

While substantial assistance may not be a defense for this form of child exploitation, the laws allow the government to ask the court to lessen its penalty for a conviction if an offender agrees to cooperate with the government to bring to justice other individuals involved in the sexual exploitation of children.

This section of the law also prohibits the reproduction of copies of the child pornography material received for distribution by any means or enabled through any facility of interstate or foreign commerce mail.

When making a ruling on United States v. Royal in 2013, the 9th circuit court ruled that the defendant’s act of allowing a child to make copies of child pornography stored on his computer constituted a federal child pornography offense. The same case applies to selling or giving away copies of visual depictions of children engaging in sexually explicit conduct.

It is not unusual to find teenagers breaking sexting laws and facing charges of distributing and producing child pornography for simply sharing explicit images or video files of themselves with peers.

Penalties for Distribution of Child Pornography

With that said, an offender with prior convictions is likely to face a harsher penalty that includes a prison time of not less than 15 years, and a maximum of 40 years in prison.

Sentencing for both possession and distribution offenses can vary significantly if any or several aggravating circumstances exist during the commission of the offense.

Some of the factors that would be considered as aggravating and that could potentially affect sentencing are:

Following the enactment of the Sex Offender Registration and Notification Act (SORNA) in 2006, every state is required to keep a database of convicted sex offenders. These databases are referred to as sex offender registries.

Upon a conviction with most sexual abuse offenses, offenders must register with their respective states as sex offenders.

If convicted of a child pornography offense, an offender may be required to register, under sex offender registry laws, for a period of between 10 years to a lifetime, depending on the underlying circumstances.

Failure to register as a sex offender can result in a misdemeanor charge for first-time offenders. However, repeat offenders will be guilty of a felony, upon conviction, which carries severe penalties, including time in jail.

Are You Facing Federal Sexual Abuse Charges? Criminal Defense Attorney Nicole Blank Becker Can Help You with Your Case!

Child pornography charges can come with life-altering consequences upon conviction and should never be approached without an attorney.

With that being said, not just any attorney will do. You will need one that is well-versed in federal and state sex crimes.

Nicole Blank Becker of Blank Law, PC is a federally accredited criminal defense attorney based in Michigan and solely focused on sex crimes.

Focusing exclusively on sex crimes means sex crimes is all she does, giving Nicole a deep insight into both federal and state sex crimes laws, putting her way ahead of her peers.

Nicole previously worked as an assistant prosecutor and Chief of the Sex Unit in Macomb County. Based on her experience, passion, and understanding of the other side, Nicole will get the most favorable outcome for your child sexual abuse charge, or any other sex crime charge you may find yourself charged with.

To hire Nicole Blank Becker and get her on your side, call Blank Law, PC at (248) 515-6583 or contact us online to book a free consultation.