Generally, murder refers to a premeditated killing of a human being. It covers cases where someone takes a human life. However, not all murder cases are treated the same. Murder charges are classified into three degrees based on the severity of the offense:

The prosecution considers several factors and the circumstances of each case before classifying a certain murder degree.

Many jurisdictions consider murder a grievous criminal offense punishable by severe penalties, regardless of the degree of the crime. Anyone convicted of murder will be given a lengthy prison sentence, including life imprisonment. In some states, the death penalty may also be imposed on convicted offenders.

Therefore, if you or your loved one is arrested for murder in Michigan, you must immediately contact a criminal defense attorney. Murder cases are complex, and the difference between 1st, 2nd, or 3rd degree murder may be easier to identify with the help of an attorney. Contact an experienced Michigan criminal defense lawyer to obtain professional legal assistance. 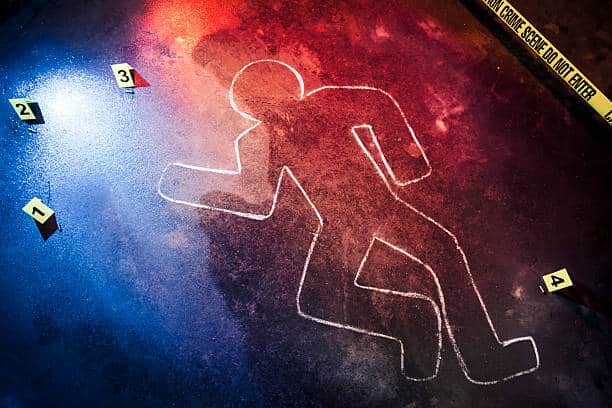 Murder is an offense against the state and is usually prosecuted under state law in state courts. However, in limited circumstances, the federal government takes jurisdiction over an alleged murder case, and the defendant is prosecuted in a federal court. For example, murders that occur in national parks, at a military base, aboard a ship on U.S. territorial waters, or on an aircraft in the U.S. air space fall within federal jurisdiction. Under federal law, murder is divided into two degrees – first and second degree murders. Third degree murders are non-existent.

However, murders under state law are categorized as first, second, and third degree. First, second, and third degree murders cover crimes involving the death of a human being. The court considers the defendant’s state of mind, whether the death occurred intentionally or not, the available evidence, and other circumstances of the case to determine the degree of murder and render a verdict on the defendant’s fate.

In some states, like Texas and Virginia, capital murder is another classification of a murder case. Capital murder is a felony offense punishable by a death sentence. It involves taking human life amidst aggravating circumstances. Thus, it may also be called aggravated murder. Capital murder covers cases like multiple murders, murdering an older person or child, or murdering another person while committing a felony.

What are the Elements of a First Degree Murder Charge in Michigan?

First degree murder is the most severe charge and attracts the harshest penalties. It refers to the intentional killing of a human being and is also called premeditated murder. Those who commit first degree murders must have deliberately planned and possessed an evil intent to take human life.

The prosecution must prove premeditation and intent to kill to succeed in first degree murder cases. Premeditation need not occur over a long period or involve careful planning or a killing strategy, as it can occur within a few minutes. It requires a conscious decision and action to take a human life. It involves malice aforethought on the defendant’s part.

The third type of 1st degree murder occurs when there is an unlawful killing of a peace or corrections officer during the officer’s lawful course of duty by someone aware that the peace or corrections officer was engaged in the lawful performance of their duty. This situation covers cases of the unlawful killing of a police officer or other law enforcement officer in their line of duty. However, these situations do not lay a strong emphasis on the element of premeditation.

What are the Penalties and Sentences for First Degree Murder Under Michigan Criminal Law?

Defendants convicted of 1st degree murder have a permanent criminal record. Where murder occurs due to sexual assault, rape, or other sexual offense, the defendant may face sex crime charges alongside murder charges. The defendant will be placed on the Michigan Sex Offender Registry in such situations.

If you or your family member has been arrested for first degree murder in Michigan, you need to speak with a criminal defense attorney. The Michigan criminal justice system imposes strict penalties on those convicted of premeditated murder, so you must build a solid defense against the murder charges. By contacting a seasoned defense lawyer, you can improve your chances of securing the best outcome in your case.

What are the Elements of a Second Degree Murder Charge in Michigan?

Second degree murder refers to the intentional murder of another person, which may be a criminal act done with careless disregard for human life or criminal homicide, but did not occur without premeditation.

Second degree murder cases cover many incidents involving another person’s death. Most murder cases that do not fall under first degree murder are typically categorized as second degree murder. Therefore, any incident of taking a human life that was not premeditated, committed against a police officer or other law enforcement officer, or felony murder, that is, it was committed while perpetrating a crime listed in Section 750.316 of the Michigan Penal Code (including larceny, arson, kidnapping, robbery, first degree child abuse, extortion, stalking, torture, home invasion, criminal sexual conduct, and vulnerable adult abuse) is categorized as second degree murder.

The elements of second degree murder include:

What are the Penalties and Sentences for Second Degree Murder Under Michigan Criminal Law?

You should consult a criminal defense lawyer if you or a family member face second degree murder charges in Michigan. It would help if you created an aggressive defense against murder +accusations because second degree murder convictions in Michigan carry harsh punishments. You can increase your chances of getting the best result for your case by speaking with an experienced defense attorney.

What are the Elements of a Third Degree Murder Charge in Michigan?

Third degree murder is non-existent in many states and under federal law. In Michigan, manslaughter is the third category of murder. Although it is typically considered a lesser offense than murder, it is not necessarily the case.

Manslaughter typically involves a deliberate killing, which may be committed under the influence of passion or a frenzy of heightened emotions, caused by a reasonable or adequate provocation, and before reasonable time had passed, giving the defendant time to cool off. It is seen as an act of passion arising from a temporary surge of emotions. It is not an act of cruelty, wickedness, extreme indifference, or reckless disregard for life.

The element of provocation adequate to rile a reasonable person can reduce the severity of intentional murder, and the murder charge would be dropped to manslaughter in Michigan. Manslaughter is different from other murder degrees, as it occurs without malice aforethought. It refers to homicide committed without malice.

Manslaughter may be voluntary or involuntary. Voluntary manslaughter refers to intentional killings occurring in the sudden heat of passion, resulting from sufficient provocation and without malice. To secure a conviction for voluntary manslaughter, the prosecution must prove that the defendant intended to cause serious bodily harm to the victim without an element of malice.

What are the Penalties and Sentences for Third Degree Murder Under Michigan Criminal Law?

Third degree murder is not punishable in Michigan. However, voluntary and involuntary manslaughter is punishable by a prison sentence of up to 15 years, a maximum fine of $7,000, or both at the court’s discretion.

If you or a family member is being investigated for manslaughter in Michigan, you should speak with a criminal defense attorney. It would be best to build a vigorous defense since manslaughter convictions in Michigan do not necessarily carry a light sentence. Speaking with an experienced defense lawyer will improve your chances of receiving the best outcome for your case. Learn what to look for in a criminal defense lawyer here.

Anyone facing first, second, and third degree charges risks severe penalties, including a lengthy prison sentence. Therefore, you must build a solid defense to beat the charges against you. Several defenses exist to help you fight and avoid being convicted of first, second, or third degree murder under Michigan law.

Acting in self–defense or the defense of others is one of the most common defenses to a charge of murder, whether first, second, or third degree. Having a solid alibi can also exonerate you from the allegations. A case of mistaken identity is another potential defense against 1st, 2nd, and 3rd degree murders. Other defenses against 1st, 2nd, and 3rd degree charges of murder include intoxication, duress, a mental disorder, acting in the lawful capacity of one’s office, or acting out of necessity or the lesser harm.

Attorney Nicole Blank Becker is an experienced defense lawyer handling murder and manslaughter cases in Michigan. Nicole can help you identify the difference between 1st, 2nd, and 3rd degree murders and voluntary and involuntary manslaughter charges.

Nicole will help you navigate the criminal justice system and offer professional legal representation from arrest until the trial is completed. She is willing and available to fight for you when others show extreme indifference to your case. Reach out to her to schedule a Michigan criminal defense attorney free consultation for first, second, and third degree murder cases.