Michigan Lifetime Electronic Monitoring: All You Need to Know 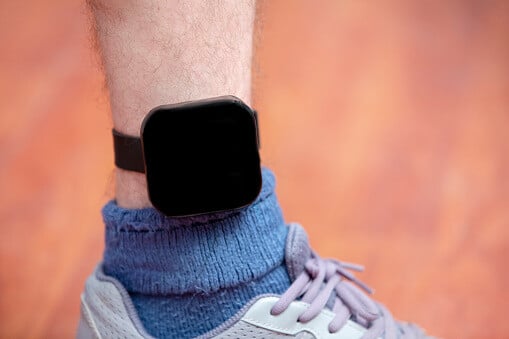 In l986, the Curfew Monitoring Program (formerly known as Radio Frequency) was successfully steered for selected Washtenaw County probationers, but by the end of 1987 it was being used on a statewide basis. It allows for the monitoring and enforcement of curfews, along with other conditions of community supervision.

This technology has become increasingly popular as the movement to reduce mass incarceration gains momentum. It is touted as a way of bringing down prison populations, while still keeping people under the watchful eye of the state.

With that said, you need to understand electronic monitoring for what it really is, which is incarceration by another name. In other words, it is a form of incarceration which has largely arisen without scrutiny or regulation. As a person under lifetime electronic monitoring, you can simply be described as not having to fight for neither the telephone nor the shower — but you are still in jail.

Electronic monitoring has attained more strength in controlling some major criminal conducts that are found to be problematic on a societal level, especially when it comes to what is criminal sexual conduct and alcoholism.

In 2004, the monitoring program for alcohol consumption expanded with the introduction of the S.C.R.A.M. (Secure Continuous Remote Alcohol Monitoring) alcohol monitoring device.

This device uses fuel cell technology and monitors for alcohol consumption 24 hours per day, seven days every week. Each sample it takes is tested and the readings are stored in the bracelet. Those readings are then transmitted to a host computer, through the use of a modem, at a predetermined time.

In Michigan, once you are convicted of certain criminal sexual conduct charges (see CSC degrees), you must have a tether device attached to you for the rest of your life.

Criminal sexual conduct 2nd degree statutes state that the sentencing court shall sentence sex offenders to lifetime electronic monitoring if the defendant that committed the illegal sexual contact was at least 17 years of age and the alleged victim was less than 13.

Why Lifetime Electronic Monitoring is Used

Lifetime electronic monitoring qualifies as an intelligent, targeted strategy of using certain types of technologies to continuously monitor certain types of offenders’, such as specified sex offenders, progress and making adjustments where needed.

Many offenders have endured the ‘horror’ of waiting for trial and, following their conviction, potentially being locked up in an actual prison. With that being said, most would pick electronic monitoring several times over being locked up, if possible.

In some jurisdictions, electronic monitoring is being used as a treatment tool. Other areas are using it simply to deal with overcrowding issues and the need to get people out of prison or jail. So, it varies from area to area and jurisdiction to jurisdiction.

When it comes to juveniles, judges typically do not want to keep them in custody, so electronic monitoring is mostly an alternative to incarceration. Most states, in fact, have laws that say that youth offenders have to be in the least restrictive custody level allowable for whatever they are charged with. This is where electronic monitoring sometimes provides just the needed middle ground.

There has been clear data to show that the electronic monitors are effective for youthful offenders because they provide structure and rules that juveniles must follow to remain in the community. It has gone in two different directions.

As a whole, we need to use lifetime electronic monitoring at the state level to divert folks who do not need to be in jail, and use it at the back end for things like compassionate release of elderly offenders who can very easily be monitored at home for a period of time.

Even though many agree that electronic monitoring is a promising tool for reducing recidivism and controlling corrections costs, questions remain about its adequacy as an alternative to incarceration.

Lifetime electronic monitoring is meant to hold defendants convicted of serious crimes, such as first degree criminal sexual conduct, accountable for their actions — thus, their basic movements and activities are monitored every single day.

It is also meant to be a deterrent for convicted felons, i.e. sex offenders registerd on the sex offender registry, from reoffending, absconding, or violating the rules of their supervision. The goals and objectives here are to align with an overall strategy of conducting community supervision with the hopes of changing sex offenders’ behaviors so they will not commit new crimes.

For starters, people have been critical about how easy the lifetime electronic monitoring bracelets are to cut off. Though this on the surface may be understandable, it ultimately is not fair to have the bracelets permanently fixed in case there is an accident or an emergency where they would need to come off.

For example, if the offender breaks his leg and it is swelling, you can not have a band there that is irremovable. This could be deemed as a life-threatening condition at the time, necessitating an operation, which would require the lifetime electronic monitoring device needing to be removed.

The way it works now is, after an operation in intensive care is complete, a department officer would already be there to reattach the lifetime electronic monitoring device. Though this may seem barbaric and embarrassing, to say the least, this is how the system currently works.

There is also the real problem of these devices malfunctioning and sending false reports that the offender has, in some way, tampered with the device. This causes hassles for you, as the person being monitored, because your supervising agency freaks out when they get a notification. This, ofcourse, still shows some imperfections of the device.

For heightened effectiveness, the vendors that supply these devices are improving these devices all the time in an effort to severely reduce these errors, if not one day completely eliminate them all together. They are also getting smarter about battery life and power saving methods, so the devices themselves are getting smaller.

If you or someone you know is facing criminal sexual conduct allegations of any kind, you must contact Nicole Blank Becker of Blank Law, PC immediately! Saying nothing to the police until you have an attorney present will give you a much better chance of achieving the results for your case.