Is Solicitation a Felony?

However, there is no need to panic if you or your loved one is charged with solicitation of prostitution. An essential thing you should do is hire an experienced criminal prostitution lawyer. By establishing an attorney-client relationship with a criminal defense law firm in your city, you have increased the chances of avoiding a conviction or getting the penalty reduced.

We help defendants present a solid defense tailored to their particular case. Our experienced legal team is available to help with your case. You can set up a free consultation with us today.

Is Solicitation a Felony? 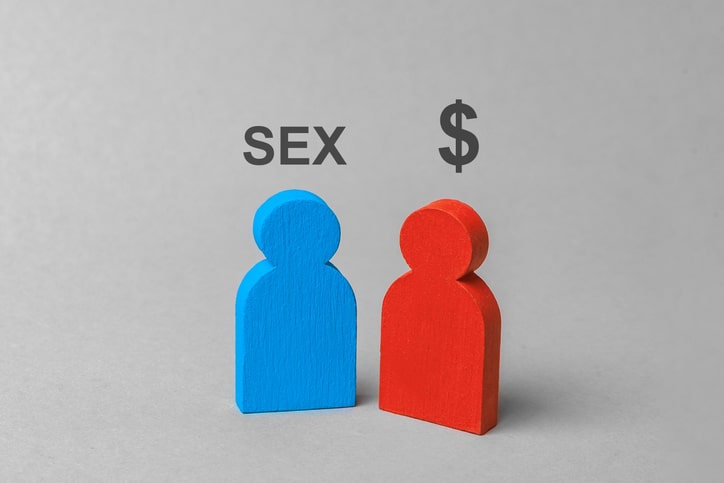 The solicitation of prostitution is a criminal offense in many states in the U.S. The individual state laws apply in the case of soliciting a prostitute, as it is not typically an area covered by federal law. Each state charges and punishes people found guilty of this criminal act under its laws.

You commit a crime if you accost or solicit another person to commit prostitution or engage in sexual activity in Michigan. The Michigan criminal law (Michigan Penal Code 750.448) states that anyone above the age of 16 who invites or solicits someone else to engage in lewd conduct or commit prostitution in a public area or building or from a vehicle by words, gestures, or any other means is guilty of a criminal offense.

Also, the Michigan Penal Code 750.449 states that it is a crime for someone older than 16 to receive or offer to admit another person into any building or location for prostitution. The two crimes are misdemeanors, punishable by a maximum 93-day jail sentence, a $500 fine, or both.

Not only do you commit a crime if you engage in prostitution, but it is also a criminal act to solicit prostitution. Prostitution and soliciting prostitution are two separate criminal offenses. However, people may find it challenging to distinguish them.

You commit a crime of prostitution if you provide sexual favors in exchange for money or any other compensation. However, the acts done before prostitution occurs are referred to as solicitation.

So, if you are arrested while discussing payment with someone else in exchange for sex, although it is not prostitution, technically, you have broken the law nonetheless. Thus, you may be charged with solicitation if you offer, accept an offer, or hire someone to engage in any sexual activity for money.

What Acts Amount to Solicitation in Michigan?

Sometimes, people find it challenging to identify the acts that amount to a solicitation. Not all conduct or behavior occurring before prostitution is regarded as solicitation. The law requires that there must be evidence of an intent to engage in prostitution for the occurrence of solicitation.

Although numerous acts could be regarded as solicitation, here are a few examples:

What are the Penalties for Solicitation in Michigan?

Even though solicitation of prostitution is typically considered a misdemeanor in Michigan, it attracts harsh consequences. If you are found guilty of a solicitation, you may receive a 93-day jail term, a fine of up to $500, or both as a first-time offender.

Would You Be Required to Register with the Sex Offender Registry if You are Convicted of Solicitation in Michigan?

Therefore, if you are convicted of solicitation in Michigan, you will be required to register as a sex offender. Some people wonder is the sex offender registry for life. Some offenders have permanent criminal records, while others are allowed to have sex crimes expunged from their records after a while, depending on the offense’s severity and the case’s circumstances.

Are There Available Legal Defenses to a Solicitation Charge?

The law allows you to defend yourself if you face a solicitation charge. Several legal defenses exist to help you beat the charges against you. It would help if you contacted a sex crimes defense lawyer who can guide you in adopting the best criminal sexual conduct defense strategy.

The most effective defense in a solicitation case is lack of intent. The prosecutor must prove beyond a reasonable doubt that the defendant affirmatively intended to engage in prostitution. If they cannot prove solicitation, then you will be acquitted.

Suppose you intended to solicit prostitution with a police officer pretending to be a prostitute. In that case, you will not be pardoned because you had the intent to commit a crime. It does not matter if you were unaware that the officer was undercover at the time.

Do You Face Charges for Soliciting a Prostitute in Michigan?

If you are charged with solicitation of prostitution, you need to get in touch with a top CSC defense attorney quickly. Although solicitation is a misdemeanor crime, you will be punished. Also, the implications of having a criminal record can be dire and long-lasting. The consequences are even more severe if it involves an underlying crime.

Attorney Nicole Blank Becker is a top criminal defense attorney in Michigan specializing in sex crimes. Her work as a former prosecutor gives her a unique advantage as a criminal sexual conduct attorney. She can help you develop aggressive sexual assault defense strategies and secure the best outcome in your case.

Attorney Nicole Blank Becker is available and willing to work with you to beat the charges. Reach out to her at (248) 515-6583 to book your Michigan criminal defense attorney free consultation.