Is Sextortion a Crime?

Technology has transformed every aspect of our lives, changing the way people communicate, along with how people share information and knowledge.

Today’s generation has become so accustomed to it that it’s unimaginable how the world ever worked before without it.

With that said, in the hands of criminals, technology can be used as a tool of causing untold harm to others.

Some of the most serious offenses, made possible by advancements in technology, are online sex crimes, such as sextortion or online sexual exploitation perpetrated via social media and other forms of communication. 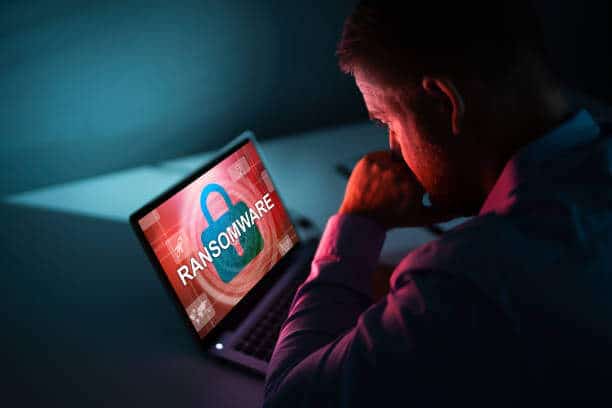 Sextortion, like other sex crimes, is a serious crime in Michigan and can have devastating consequences upon conviction. If you face sextortion or any other illegal sexual activity charges in Michigan, it would be smart to contact a skilled criminal defense sexual conduct lawyer as soon as possible.

Sextortion refers to non-physical forms of coercion to extort money or even sexual favors from someone. In other words, sextortion is a form of sexual exploitation in which the perpetrator uses some form of power over the victim as a means of coercion.

Usually, the crime happens when the perpetrator uses sexual coercion, such as the victim’s sexual information in their possession, to blackmail them into yielding to their demands for sexual favors or other non-sexual favors that don’t involve sexual contact.

A good example of sextortion is where people send compromising images or sexually explicit videos of themselves online through social media. Later, online perpetrators use the material in their possession to coerce the person into giving in to their demands or risk having their sexual information made public. The demands often include paying large sums of money or even yielding to their sexual favors.

Another common form of sextortion is webcam blackmail. In this case, the sextortion victims mainly use web cameras or video chat for cybersex or flirting.

The cybercriminal then records the person as they perform sexual acts and later reveals to the person their true intent by demanding money or other sexual favors. At the same time, the perpetrators will then threaten to leak the person’s images/videos of a sexual nature if they don’t yield to their demands.

Is Sextortion a Crime?

Sextortion is a crime under state and federal laws. However, there are no well-defined laws to address the crime, considering it’s a relatively new form of crime.

In Michigan, sextortion offenders can be charged under various criminal statutes, such as:

● Use of Electronic Medium of Communication

Section 750.213 of Michigan criminal law criminalizes the act of maliciously threatening to harm a person, their family, or property through any form of communication with intent to compel the threatened person to perform or fail to perform any act against their will.

Simply put, sextortion is a form of extortion because it uses the power of private and sensitive material in the hands of online perpetrators to coerce the victims to comply with their demands against their will.

That means anyone arrested for sextortion can be charged under extortion laws in Michigan. Upon a conviction with extortion, the offender will be guilty of a felony, attracting a penalty of a maximum of 20 years in state prison or a fine not exceeding $10,000.00.

It’s important to note that it’s possible to face different types of charges alongside extortion if the circumstances surrounding your case qualify it for other criminal charges.

Suppose a person in authority, such as a judge, federal or local law enforcement officer, or government official, uses their position of authority to seek sexual favors in exchange for something in their power to give or withhold from the person.

In that case, their actions can also be classified as sextortion. Upon arrest under these circumstances, the offender can be charged with corruption and bribery, alongside other applicable sexual offenses depending on the circumstances. 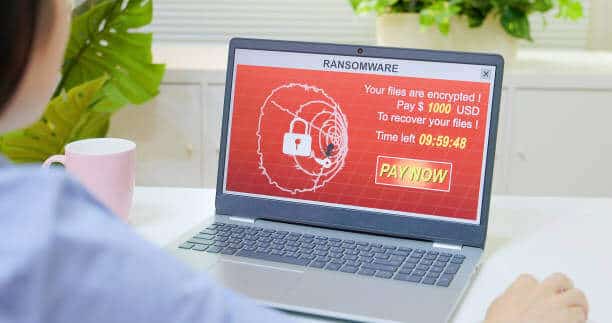 Under Michigan law, bribery and corruption charges can be a misdemeanor or a felony, depending on the circumstances. It’s punishable by imprisonment of up to 10 years and/or a fine not exceeding $5,000.00.

Under section 750.145e(1) of Michigan criminal law, it’s a criminal offense for a person to coerce, intimidate, threaten, or disseminate another person’s private and sensitive material if all of the following circumstances exist:

This subsection of the law does not apply if the material is supplied by another party, such as an internet streaming service, telecommunications service, cable services, direct-to-home satellite service, or video service, as defined in the constitution.

Additionally, this law does not apply if the person disseminating the material in question does so while performing their duties, such as a law enforcement officer when reporting a crime, a reporter, or an artist doing expressive work.

Upon a conviction for disseminating another person’s private and sensitive material, the offender will be guilty of a misdemeanor carrying a penalty of not more than 93 days in jail, a fine not exceeding $500.00, or both.

For second and subsequent violations, the person will be guilty of a misdemeanor offense that carries a maximum of one year in jail, a fine not exceeding $1,000.00, or both.

Minors are the main targets in most internet sex crimes, including sextortion.

According to the FBI, most minors using the internet do not put their guard up when interacting with strangers, making it easy for a criminal to take advantage of them and demand sexual favors.

If the sexual images used to commit a crime depict a person below 18 years old, the offender will be charged with child pornography offenses.

Child pornography is a serious crime in Michigan. It refers to the visual depiction of a minor engaging in sexually explicit conduct. The depiction can be in any form, such as video or compromising images.

A conviction for child pornography charges attracts penalties ranging from 4 to 25 years in prison and a fine of up to $125,000.00, depending on the offense’s circumstances.

Use of Electronic Medium of Communication

Sometimes, cybercriminals may access a person‘s sexually sensitive information or sexual images by hacking their computer and then using the accessed material to extort sexual favors or any other form of favors from these people.

Under such circumstances, the offender can be charged under MCL 750.540, the use of an electronic medium of communication.

Under this section of the law, it’s a criminal offense for any person to willfully or maliciously break, cut, tap, interrupt or make an unauthorized connection with an electronic communication medium connected to an internet service provider, computer, computer system, computer program, computer network or telephone.

Additionally, this law criminalizes any act of copying or reading any message from the said medium without authorization.

Most often, cyber-criminals use computer hacking to gain access to a person’s medium of communication.

Upon a conviction for violating this section of the law, the offender will be guilty of a felony, attracting a penalty of a maximum of two years, a fine not exceeding $1,000.00 or both.

With that said, if the violation brings about injury or death to the person, the offender will be guilty of a felony punishable by a maximum of four years in prison, a fine not exceeding $5,000.00, or both.

Other laws may be applicable when charging persons accused of sextortion, such as disseminating sexual images or sexually explicit content to a child, soliciting a child for immoral purposes, or soliciting a minor.

Like Michigan state laws, there are no clearly defined federal laws addressing sextortion and sexual harassment via the internet or social media.

The senate crafted narrow legislation, such as the Shield Act, to address crimes such as sextortion. However, federal laws primarily rely on several non-specific statutes to prosecute online sex crimes.

Some of the federal laws that could apply for sextortion crimes, particularly those affecting child victims, include:

18 U.S.C § 2251 – This law prohibits the sexual exploitation of minors. A violation of this section of the federal laws carries a mandatory minimum sentence of 15 years in federal prison.

18 U.S.C § 2252 & 2252A – These statutes are closely related and prohibit the possession, production, and distribution of child pornography. A conviction with a violation of these statutes attracts a penalty of up to life in prison, heavy fines of up to $250,000.00, depending on the circumstances, such as the minor’s age.

18 U.S.C § 875 – This federal statute criminalizes extortion and, therefore, applies to the sexual extortion of adult victims. A conviction for extortion that involves coercion that forces individuals to produce nonconsensual pornography attracts a penalty of only two years in prison, at most, or a fine.

With that said, if the offender threatened to injure the victim when committing the crime, the criminal penalties can be enhanced up to twenty years in prison.

Other sections of the law that could apply when prosecuting sextortion offenses include 18 U.S.C § 2261A, 18 U.S.C § 1028A, and 18 U.S.C § 2030. These sections prohibit online stalking and computer hacking, along with other social media sexual harassment crimes.

Registration as a sex offender can cause a lot of damage for the accused and must be avoided at all costs.

There is only one way of ensuring that your name doesn’t get on the registry, and that is working with a skilled sex attorney to avoid a conviction with any sex related crimes.

Sextortion cases can have devastating consequences on the offender upon conviction. Due to the complexity of the charges, it’s almost impossible to beat sexual extortion charges on your own.

If you or someone close to you is facing a sextortion investigation or has been charged with the like, contacting a skilled criminal defense attorney will improve your chances of beating your charges.

Not every defense attorney is suited to represent clients who are being investigated or charged with sex crime charges. Your attorney of choice, when faced with such charges, should be one who is solely focused on sex crimes, and Nicole Blank Becker, of Blank Law, PC Law Firm, is that lawyer.

Nicole has over twenty years of practice as a lawyer. The most significant portion of those years was dedicated to criminal sexual conduct crimes as head of the Sex Crimes Unit in Macomb County and then transitioning into her very own private practice that is solely focused on sex crimes.

If you are looking for the best legal advice or legal services when facing sextortion or other offenses involving sexual intercourse, look no further than Blank Law, PC.

To hire Nicole Blank Becker for your case, contact Blank Law, PC immediately at 248–515–6583 or contact us online and book your initial free consultation today.