Is Sexting a Crime in Michigan?

Sexting is a term coined from the word sex and texting. It involves sharing sexually explicit content via electronic means, such as SMS, MMS, social media, or other messaging platforms.

Sexting is more prevalent among teens and pre-teens. However, the act of sexting has been rising in popularity in recent years as smart devices have become easily accessible. This means that it’s not unusual for people of all age groups to engage in sexting, or this method of sexual connection.

While sexting is not illegal in Michigan if it involves only consenting adults, it may constitute a criminal offense when at least one of those involved is a minor. 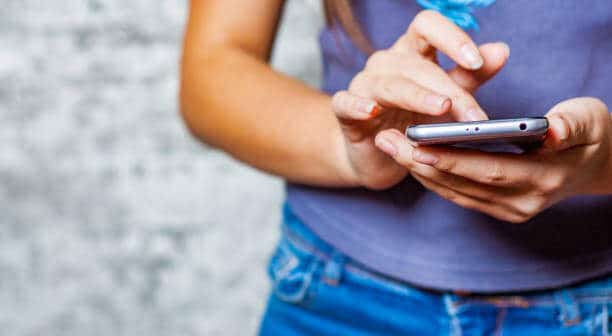 To help you avoid the possible repercussions of sexting allegations or charges, keep reading to understand Michigan sexting laws and everything else there is to know about sexting-related charges.

IS SEXTING A CRIME IN MICHIGAN?

There are no written laws in Michigan prohibiting sexting. However, where sexting involves a sexually explicit image or depiction of individuals under 18 years of age, the persons involved can be prosecuted under other related laws such as child pornography laws or disseminating sexually explicit material to a minor.

There is a misconception among teens that consensual sexting or sharing of explicit images with their boyfriends or girlfriends is harmless, but that is not how Michigan law views it.

Teens who consensually create, possess, or share a sexually explicit image, even of themselves, could be charged with the creation, possession, or distribution of child pornography under Michigan’s child pornography laws.

Below are the various child pornography offenses and penalties under section 750.145c of the Michigan penal code.

However, if the 16-year old decides to take a sexually explicit image of themself and share it with their sexual partner, the 16-year old can be charged with the production of child pornography. The same charge applies to a minor or an adult who persuades a person below the age of 18 to take a nude photo of themselves.

Upon a conviction with the production of child sexually abusive material, the offender will be guilty of a felony carrying a penalty of not more than 20 years in prison, a maximum $100,000 fine, or both.

If, for instance, a teen sends her sexually explicit photo to her teen boyfriend, and the boyfriend decides to keep the photo on their phone, the boyfriend can face possession of child pornography charges upon arrest.

Upon conviction, an offender will be guilty of a felony punishable by imprisonment of a maximum of four years, a fine not exceeding $10,000, or both.

Sharing sexually explicit content of a minor is an offense under Michigan law.

Using the example above, if the teen receives sexually explicit photos of his girlfriend and, for whatever reason, decides to share the photo with friends, the teen could face distribution of child pornography charges upon arrest. This also applies to adults who share or send child sexually abusive material.

Upon a conviction, the offender will be guilty of a felony carrying a penalty of up to seven years in prison, a fine not exceeding $50,000, or both.

4. USING A COMPUTER IN THE COMMISSION OF A CRIME

It’s criminal for any person to use a computer or any device connected to the internet to commit sexual offenses. Upon conviction, an offender faces enhanced charges and additional penalties that range from a one-year prison sentence to upwards of a maximum of twenty years behind bars, depending on the underlying offense.

As per the Michigan Penal Code § 722.675, it’s a felony offense to share or disseminate sexually explicit material with persons below the age of 18.

Based on this section of Michigan law, the image shared does not have to be of a minor. The only requirement is that the recipient was a minor.

It’s possible to have minors charged with disseminating sexually explicit matter to a minor for sexting images to another minor.

Upon conviction of sexting images of sexually explicit nature with a minor, the offender faces up to two years in prison, a fine not exceeding $10,000, or both.

SEXTING CAN ALSO BE A FEDERAL CRIME

Depending on the underlying circumstances, sexting-related offenses can also be prosecuted on a federal level. While there are no specific federal sexting laws, offenders can be prosecuted under the 2003 PROTECT Act.

The act criminalizes using a computer or any device connected to the internet to send or receive any form of child sexually abusive material.

Additionally, it’s criminal under federal law for any person to cause a minor to participate in a sexually explicit act for the purpose of portraying that act.

Under this law, parents or legal guardians who consent to their child’s participation in the said act will also be guilty of a crime under 18 USC § 2251.

There is some good news, though. If the offenders involved in the crime are minors, it’s highly unlikely to face federal charges. This is in line with the Federal Juvenile Delinquency Act (FJDA), which provides that juveniles be prosecuted on a state level.

With that said, for adults, it’s possible to face charges on both federal and state levels.

Federal convictions carry harsher penalties, which you want to avoid at all costs. Therefore, it’s important to ensure that you work with a criminal defense attorney well-versed in state and federal law to minimize your chances of conviction.

Certainly! What may have started as a harmless sharing of images can lead to life-altering consequences.

A sex offender registration means that your records as a sexual offender will appear on the public registry. As a result, you may find it hard to get a job, rent an apartment, or even travel both interstate and abroad.

LET OUR LAW FIRM HANDLE YOUR SEXTING CHARGES IN MICHIGAN

Sexting-related charges carry harsh penalties and should never be taken lightly. If you face Michigan sexting-related offenses, Nicole Blank Becker of Blank Law, PC is the lawyer to call.

She has over 20 years of experience in criminal Michigan and federal law, and is solely focused on sex crimes. In other words, she has deep insight into sexual crime law, which gives her an edge over her peers when it come to sex crimes criminal defense.

Nicole has seen it all in her practice, knows that bad things happen to good people, and does not judge her clients based on their charges.

She focuses on building a solid attorney-client relationship that creates an environment of openness, which is key to getting a favorable outcome.

Don’t let your sexting charges ruin the rest of your life. Contact Blank Law, PC at 248-515-6583 or online to book a free consultation and case evaluation with Nicole. The sooner you call, the better your chances are in protecting your rights, freedom, and reputation.