Is Car Sex a Crime?

Generally, the law does not interfere with people’s private lives or activities. As such, sexual intercourse between consenting parties is not illegal. However, there may be instances where it could constitute a criminal offense.

For example, no law outrightly prohibits you from having sex in a car. With that said, car sex could be a ground for criminal charges in some cases. Sexual activity occuring in public may amount to an offense such as indecent exposure, gross indecency, disorderly conduct, or lewd conduct. The name of the offense you would be charged with depends on the state in which you are prosecuted.

Although it is not illegal to have sex in a car, you could face legal trouble if you do it publicly.

Is Car Sex a Crime? 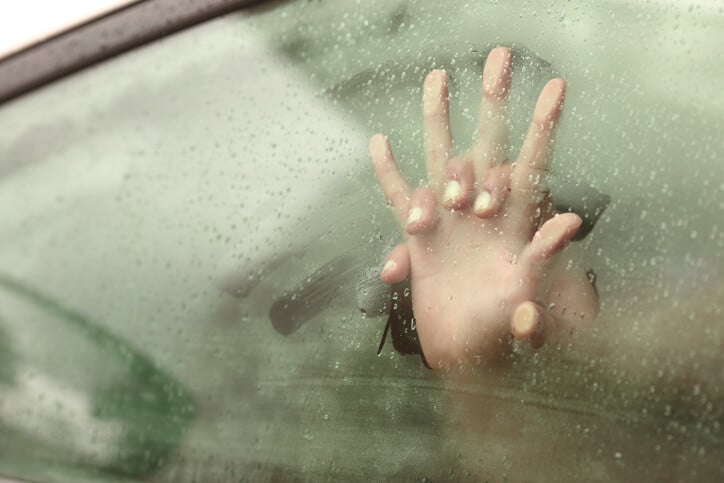 It is not against the law to have sex in a car in Michigan. Your vehicle is considered private property, and the law gives you freedom over your possessions. However, you may be charged with an offense where your conduct flouts societal standards, such as rules against public indecency (see indecent exposure Michigan and gross indecency Michigan).

It is established that all forms of sexual assault and non-consensual sex are criminal offenses attracting severe penalties. However, some instances of consensual sex may also be seen as sex crimes punishable under Michigan law. The laws governing such restricted sexual conduct are typically broad, unclear, and not well-publicized. Thus, it could be challenging to identify what kinds of sexual activity would constitute crimes.

The criminal law of Michigan prohibits you from engaging in any sexual activity publicly. So if you are caught having sex in a car, bus, truck, or any other vehicle publicly, you may be punished. You violate the rules against public indecency if you engage in any sexual activity in public. This violation may occur if you engage in sexual acts while your car is parked in a public place or within public view.

What Criminal Charge Will You Face If You Are Caught Having Sex In Your Car?

Although the law does not explicitly forbid you from having sex in your car, you may be charged with public indecency if done in public. Public indecency is committed when a man and woman engage in any sexual activity in a public place or at a location where the public may view or be exposed to it. 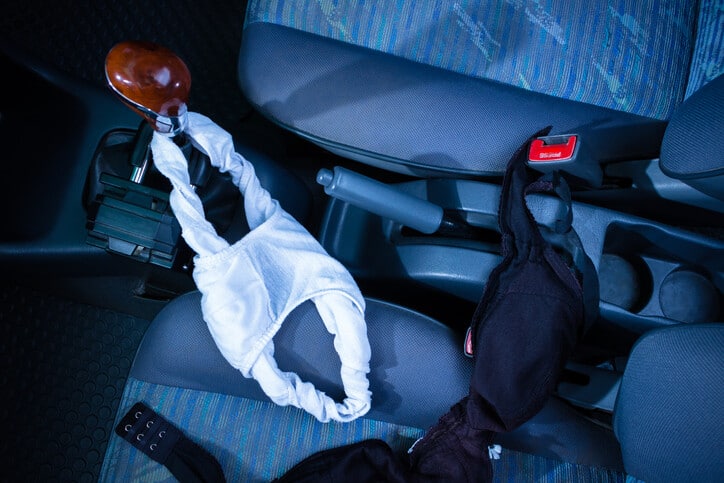 If you are caught having sex in a car or engaging in sexual activity in a public place, you may be guilty of public indecency. A public place may be a park, public restroom, street, or any area that an innocent passerby may view or be exposed to such indecent acts. Any person that participates in, procures, or attempts to procure such acts in public may also be charged with public indecency. 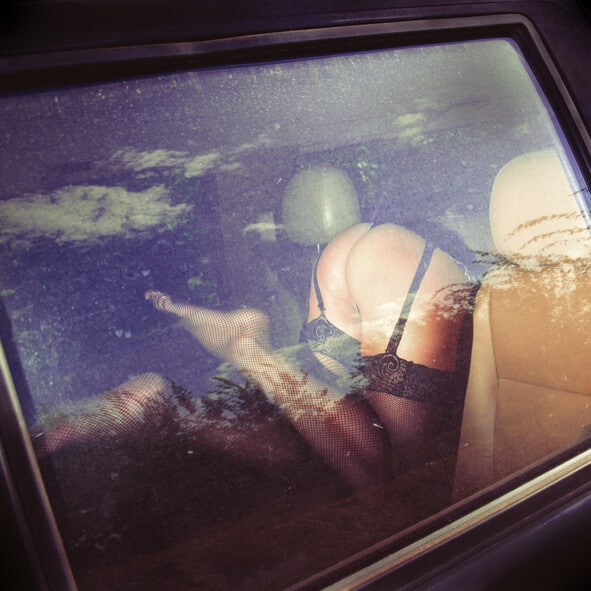 Public indecency is a sex crime in Michigan. It is a type of criminal sexual conduct punishable under the state’s laws. Criminal sexual conduct (CSC) includes offenses like rape (see what is statutory rape), sexual intercourse with a minor, child molestation, sexually touching another person, and sexual acts with someone with a physical or mental disability, among others. They are classified under four CSC degrees, depending on the circumstances and severity of the offense.

Being charged with a sex crime often attracts severe punishments. Gross indecency is a felony, punishable with a sentence of up to five years imprisonment. You may also pay a fine of up to $2,500. Even though offenders are punished severely, they may face harsher punishment if they are sexual delinquents. 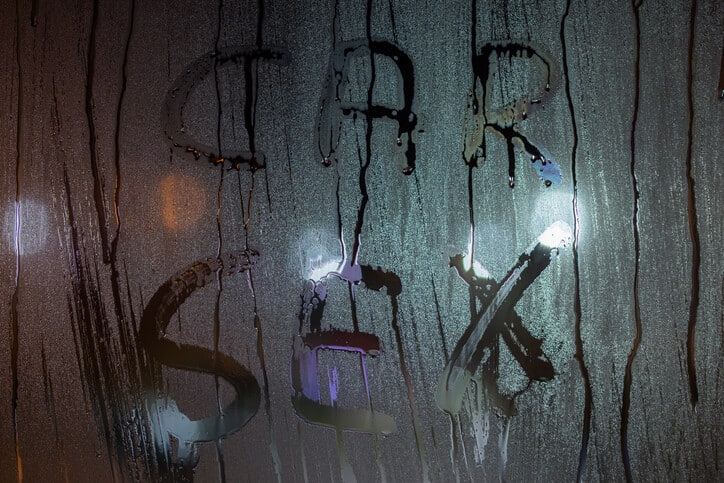 Also, any person guilty of public indecency in Michigan may be required to register with the Michigan Sex Offender Registry. The sex offender may have a permanent record or be allowed to have their name deleted after some time, depending on the severity of the offense. Learn how to get off the sex ofender registry in Michigan here.

Again, having sex in your car is not illegal. However, it could amount to a crime depending on the circumstances of the case. For example, you could be charged with indecent exposure for publicly displaying your private parts.

Common instances of indecent exposure include urinating in public, “flashing,” and public nudity. However, breastfeeding a child in public is an exception. Therefore, when you engage in sexual acts in public that involve displaying intimate parts of your body, you may be guilty of indecent exposure.

Indecent exposure is a common charge and could even be committed accidentally. You could be prosecuted for an indecent exposure charge even if nobody was present when the act was committed. The risk of being seen is enough requirement to press charges against you. 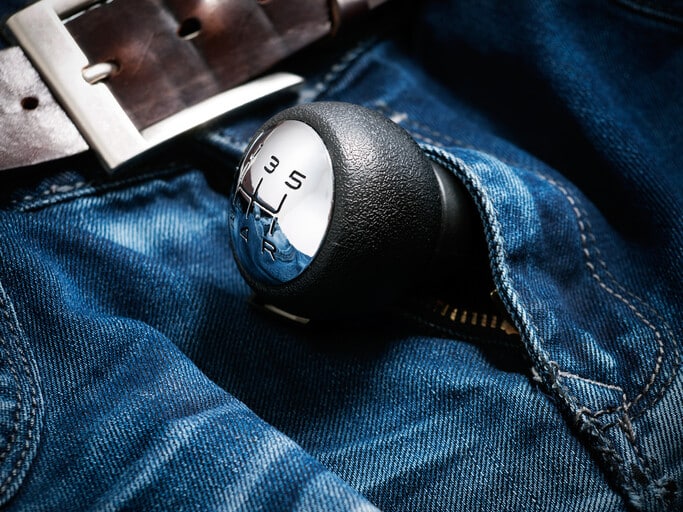 Indecent exposure is a misdemeanor, with a jail term of up to one year. A person convicted of an indecent exposure charge may also be required to pay a fine of up to $1,000 and additional court costs.

Unlike indecent exposure that may be committed accidentally, acts constituting aggravated indecent exposure are usually done intentionally to stimulate sexual gratification in another person. The actions may also be done to intimidate someone else.

Aggravated indecent exposure is a misdemeanor, but it attracts stricter penalties. Under MCL 750.335a(2)(b), a person convicted of an aggravated improper exposure charge may be sentenced to a term of imprisonment of up to two years. Alternatively, the offender may be required to pay a fine of up to $2,000. In some cases, the offender may be sentenced to imprisonment and a fine penalty.

A sexually delinquent person convicted of aggravated indecent exposure may face harsher punishment. The person may be sentenced to an imprisonment sentence for an indeterminate period, ranging between one day to life imprisonment. The court may also impose a mandatory sex offender registration.

Can You Be Prosecuted for Having Sex in a Car on Private Property?

The law does not impose many restrictions on sexual acts done on private property. However, you may face lewd or dissolute conduct charges if you are caught having sex in a private parking lot or garage within public view.

When acts that typically occur in private between consenting parties are done publicly, they could be grounds for a criminal charge. These acts are also known as lewd or dissolute conduct. You could be arrested for engaging in lewd conduct even if the activity is not expressly prohibited by law.

To prove lewd conduct, the prosecutor must establish that the act was done in public, aimed at sexual gratification, or involved touching a person’s private parts. The dissolute conduct must also be such that the defendant knew or should have known it would be offensive to the public.

Dissolute conduct is usually prosecuted as a misdemeanor. It is punishable by community service, fine, probation, or an imprisonment sentence of a term not exceeding one year. Generally, people convicted of lewd or dissolute conduct are not required to register as sex offenders, but the police officer or prosecutor may push for additional criminal charges or more severe penalties.

Will You Be Required to Register as a Sex Offender if You are Caught Having Sex in a Car?

If you are prosecuted for having sex in your car, the penalties imposed on you will depend on the offense you are charged with. The punishment is not so severe if you are charged with a misdemeanor, like disorderly conduct or lewd conduct. You may be required to serve a jail term for up to six months, pay a fine, or both. However, such convictions do not usually carry a mandatory sex offender registration, except in extreme cases.

The penalties are usually more severe if you are guilty of indecent exposure, gross indecency, or aggravated indecent exposure. In addition to paying a hefty fine or being sentenced to prison for a longer term, you may be required to register as a sex offender. You may also be allowed to expunge your record in some cases.

What are the Legal Defenses if You are Caught Having Sex in Your Car?

Having sex in your car is not illegal. The prosecution must establish that you have broken the law by engaging in sexual activity in your vehicle before you can be punished for it. The legal defenses that could exonerate you from being convicted include proving that you were not engaged in an indecent act or were not in a public place or within public view at the time.

Also, if you have been falsely accused of CSC or are a mistaken identity victim, it could serve as a defense against criminal charges. Another legal criminal sexual conduct defense could be that you touched yourself or someone else without aiming for sexual gratification. Also, where the police uses entrapment or a set-up to get you to engage in a sexual act publicly, it could serve as a valid defense.

Ignorance is not a legitimate sexual assault defense strategy when you face criminal charges for sex crimes. If you were unaware that you were in a public place or that having sex in your car is offensive, you may still be arrested and convicted of public indecency. So, you need an excellent criminal sexual conduct attorney to help you beat the charges against you. Even if you think you have a strong defense, consult a law firm first. Criminal defense attorneys would be in the best position to guide you on the best defense strategy.

Do You Need an Attorney if You Face Criminal Charges for Indecent Exposure or Gross Indecency?

If you are caught having sex in a car, you may be arrested immediately. The first step is to consult a criminal defense lawyer once criminal charges have been pressed against you. Many law firms offer a free consultation for criminal cases, and so you can book one immediately.

Having sex in a car publicly can consititute a serious offense, and you need an experienced criminal defense attorney to ensure a solid defense representation. Nicole Blank Becker is a Michigan attorney who specializes in sex crimes. She can help you develop an excellent defense strategy and improve your chances of staying out of jail.

Attorney Nicole Blank Becker prides herself on building a trustworthy attorney-client relationship with all of her clients, and has a track record of success in criminal defense. Schedule your free consultation with her today.