How Long Does a Sexual Assault Investigation Take?

When an alleged sex crime takes place, the timeline from the first instance of sexual assault until the moment the case lands in court can span several years. The Michigan criminal statute of limitations for sex crimes is quite lengthy, as criminal sexual conduct (CSC) in the second, third, or fourth degree has a 10–year period before the alleged victim can no longer prosecute the accused person for the alleged offense.

In the case of criminal sexual conduct 1st degree, there is no statute of limitations; which means the accuser and the police can take as much time as they wish in order to gather enough physical evidence to charge the alleged perpetrator with sexual assault or other sexual crimes.

In the case of minors, the statute of limitations does not start until after the alleged suffering party reaches their 18th birthday, which means charges can be filed until the possible victim turns 28.

How Long Does a Sexual Assault Investigation Take?

Even if you think you have done nothing wrong, your best course of action is to consult qualified criminal defense lawyers and figure out your best sexual assault defense strategies to handle every step of the sex crime investigation until it either goes away or you must go to trial. 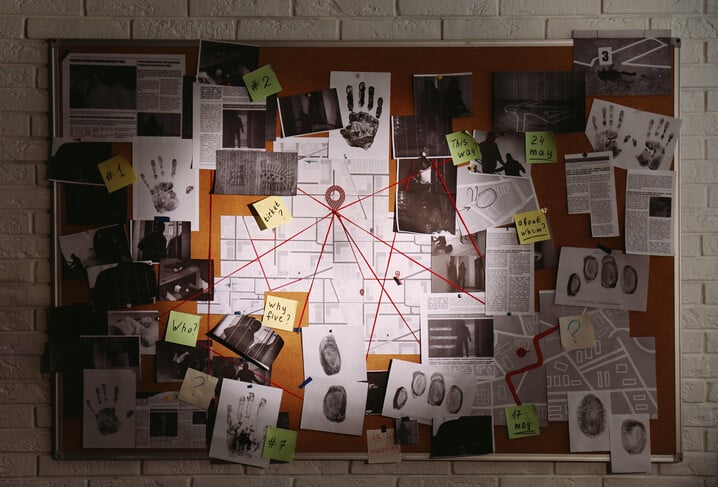 Using Your Time Wisely Once a Sexual Assault Investigation Begins

Even though police work can take months or even years in the case of sexual assault charges, you should always act as if the sexual assault investigation process could wrap up in a matter of weeks or less.

That means that you do not have any time to waste once an accusation of sexual assault is filed. By the time a prosecutor files charges against you for sexual assaults or other serious sexual crimes, they will have established what they believe is sufficient evidence to go to court or at least get you to consider a plea deal.

That means you are already behind once an accusation is delivered, so you need to get a qualified criminal defense lawyer who specializes in sex crimes on the case as soon as possible. Finding the right criminal defense expert can often be the difference between being able to beat being falsely accused of a sex offense and having to accept a plea deal for a crime committed by someone else.

Using your time wisely means providing your criminal sexual conduct attorney with all the information you can once you are accused. Character witnesses, receipts that establish your whereabouts, phone records, and more can help your CSC defense attorney discredit the prosecution’s argument.

Even when the prosecution thinks its impartial investigators have uncovered more than enough evidence to build a strong case against you, a good defense attorney armed with all pertinent information can help you establish your innocence.

That is why it is important to take full advantage of the attorney-client relationship during your consultation. Giving your lawyer the right information is the first step toward protecting your rights against being falsely accused of CSC.

What will a Police Officer Do During the Investigation Process?

A sexual assault investigation starts with the alleged victim making contact with the police and having them file an initial report. Depending on the circumstances, this can either involve the victim going to the police after the alleged incident or having the station send uniform police officers to the scene of the crime if it is in progress.

At this point, the police officer’s role is to write the report, take down the accuser’s version of what happened, and decide if there is enough evidence of a possible sex crime to pursue the case further. If police decide there is not enough evidence to suggest a crime occurred, the police investigation will usually end then and there.

If a police officer does believe that a crime occurred, they will pursue any potential clues available to them to try to establish the alleged perpetrator’s guilt. This can include going through the alleged victim’s phone for incriminating texts or calls, talking to event and character witnesses, and examining the scene of the crime for DNA and other evidence.

As their investigation dives deeper into the details, you might find that police officers arrive at your home to ask you questions or call you and ask to speak about the crime. If a detective wants to talk to you, it is important to remember that you do not have to talk to a detective or cooperate with their investigation unless they have a warrant to enter your home.

It is almost never a good idea to speak to police without your attorney present.

So, you should always ask for your right to have your legal counsel there before you agree to answer anything.

How Long will the Police Take with Their Investigation into Sexual Assault?

By the time you have received notice of criminal prosecutions against you, an investigation will have been in process for several weeks or longer. Depending on how much evidence is available for the case, the process in which police gather evidence might take several months from the moment of the alleged sexual assault.

Remember, sexual assault carries stronger penalties than sexual abuse (learn what is the difference between sexual abuse and sexual assault here), which also means that police officers are likely to take more time in collecting evidence of sexual assault before they speak to the prosecution. Most prosecutors will not want to touch a case unless they are confident they have at least a decent chance to prove the case beyond a reasonable doubt.

Due to this, law enforcement will usually take their time to collect evidence before they speak to you or pursue the case with the prosecution.

There is another reason law enforcement will not rush their efforts to gather evidence. The Sixth Amendment guarantees you the right to a speedy trial unless you waive it, and a good criminal defense lawyer can use that to your advantage if the prosecution tries to stall to gather evidence. This is why you can not wait around when you are accused of a sex offense; you have to be ready to go in case the prosecution finds a hole in its case and tries to do more investigative work after filing charges.

How Can You Get Yourself Ready for the Court Process?

First, you need to understand that once the police get involved, these charges are not going away, unless the prosecution decides there is not enough evidence to pursue a case against you or your lawyer convinces a judge that the charges against you are not strong enough for a conviction.

A common question asked is: what happens if the victim doesn’t want to press charges? The victim cannot decide that they no longer want to pursue the case against you and get the charges dropped that way.

Due to this, contacting the victim has no benefits once a charge has been filed. It can not help you at all, and, in some cases, you could even become guilty of a separate crime. Instead, you need to converse with your attorney regularly and provide them with a full and truthful disclosure of all of the facts that you possibly can.

Once a sexual assault charge is filed and a police report exists, working with your attorney is your best and often your only way to fight back and obtain a complete and total exoneration from the charges.

Law enforcement can and often does convince someone who they believe the accused perpetrator trusts to wear a wire or record phone calls to obtain incriminating evidence against them in court. Learn more about recording phone calls in Michigan here.

The only way to avoid getting caught in this scheme is to limit communications unless you have an attorney present to give their legal opinion on what you can say. That might make the process seem like it is going on forever, but the sacrifice is worth it if it means your complete exoneration from being labeled as a sex offender.

Having Patience Over the Long Haul when Facing Sexual Assault Charges

Remember, a sexual assault charge is serious, but it is not a death sentence.

Many sex crime accusations collapse on themselves as the case faces the scrutiny of a trial and the prosecution has to present their evidence to a jury and a skilled criminal defense lawyer.

Just because a criminal law investigation has gone on for several months, or even several years, does not mean that your guilt is assured.

The start of an investigation is only the beginning of the case, and that is why you need to have the right criminal defense attorney on your side by hiring Nicole Blank Becker. Her years of experience from both sides of the aisle and detailed knowledge of Michigan law on sexual assault, along with all other sex crimes, make her the ideal choice to fight for your rights when facing such serious charges.

If you have been accused of sexual assault, do not wait until the CSC investigation has wrapped up to do something. Contact Attorney Nicole Blank Becker at (248) 515-6583 or fill out the contact form on her website. Remember, the majority of cases are won or lost before you ever get in the court room, so time is of the essence when facing a sex crime. Don’t delay!