How Do Bail Bonds Work?

When law enforcement officers arrest someone for a crime, the suspect remains in jail until a court appearance. Keeping suspects in jail until their court hearing is a requirement of the criminal justice system. However, in some cases the suspect may be released on bail and allowed to go home.

If the court grants bail, the defendant will typically be required to pay some money to guarantee that they will appear in court on a fixed date. When it comes to criminal sexual assault cases, it is difficult to get a personal bond without the right attorney by your side. Typically, judges set high bail amounts that many defendants cannot pay. However, with the use of bail bondsmen, they may be able to post bail, which they otherwise could not afford. 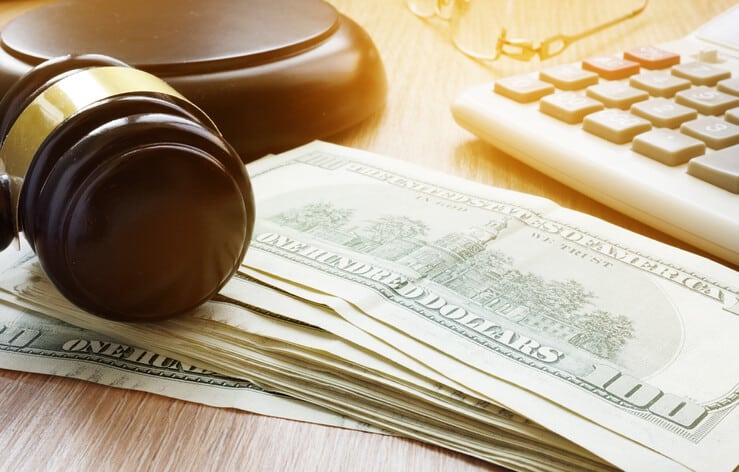 Bail is a mostly refundable amount of money that a defendant pays to be released from jail until the court date. It ensures the defendant’s appearance in court for trial or other court proceedings. Bail is not imposed as a punishment for a criminal offense, nor is it a fine. It is merely used to guarantee the defendant’s appearance in court. Also, bail can be paid in several different ways, depending on the Court where it needs to be posted.

The court also considers the likelihood of a defendant running away when released on bail, also known as a flight risk. A low flight risk assessment may be reached where the defendant has substantial employment, family, or communal ties. 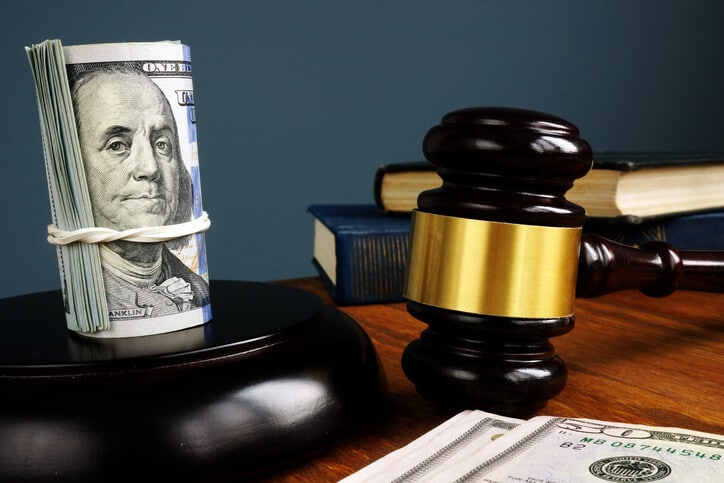 For non-violent misdemeanors and minor crimes, the court may grant the defendant’s pretrial release upon their own recognizance. The judge would allow such defendants to be released without posting bail because they are not deemed dangerous to the community. Also, the court may grant a personal release recognizance to a defendant who is not likely to run away. In other words, no money is required.

For felony charges and more severe crimes, the court may only allow the defendants to be released on bail. However, the court will not grant bail if the criminal offense is punishable by death or involves excessive violence.

If the defendant is granted bail and appears in court on the set court date, the court will refund the bail amount. However, where defendants fail to appear in court, especially without a valid reason, they forfeit bail. In such cases, the court would also issue an arrest warrant.

How Do Bail Bonds Work? 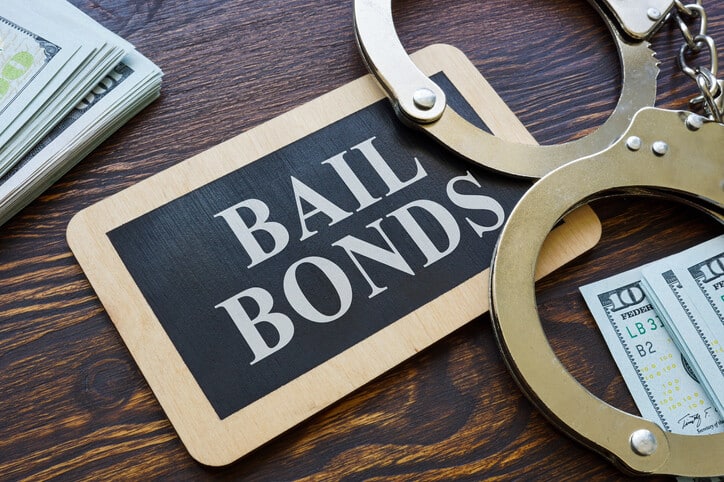 Bail money is often hefty, making it difficult for defendants to pay, and any missed payments may be sent to a debt collector. Defendants who cannot pay the set bail must remain in jail until their scheduled court appearances. However, they can seek assistance from a bail agent themselves, or through a friend or family member. A bail bond agent, also known as a bail bondsman, provides a way for defendants who cannot pay bail to secure their release from jail.

Once the bail bond is binding, it will be presented to the court clerk, who will issue a bail ticket. The bail ticket requires the police officer to release the defendant from jail. However, the defendant must show up on the date fixed for trial.

Therefore, a bail bondsman acts as a surety guaranteeing the defendant’s appearance in court. Bail bond agents post bail on the defendant’s behalf to secure their release from jail. Defendants are usually required to pay a percentage of the bond money and collateral to obtain surety bonds. Then, the bail bondsman undertakes to pay the total bail if the defendant fails to appear in court.

What are the Bail Bond Fees in Michigan?

In Michigan and many other states, the surety bond fee required by professional bail agents is usually set at 10% by the state. It is non–refundable, even if the defendant shows up on the court dates. Bail bond agencies may also require defendants, or their friends and relatives, to provide collateral to secure the remainder of the full bail bond. 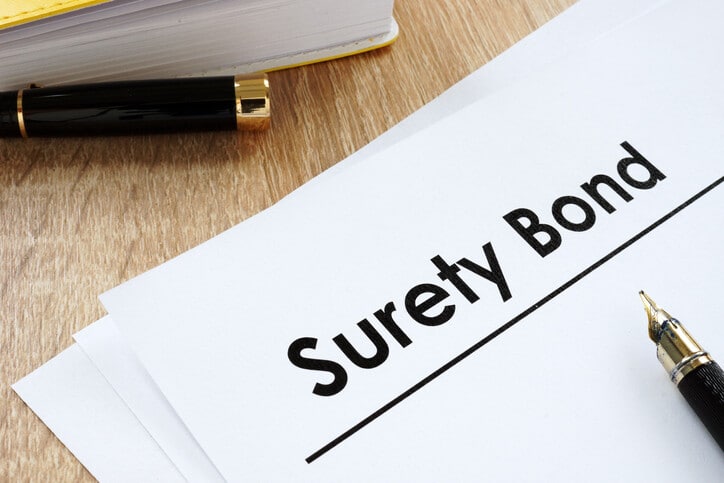 Therefore, once defendants pay the bond fee and provide collateral, bail bond agents post bail on their behalf, and they are released from jail. The way bail bonds work is that the bail agents use them to guarantee the defendant’s appearance in court. The defendants get their collateral back if they appear in court, but forfeit it if they skip bail.

What Happens if a Defendant Uses a Bail Bond and Refuses to Appear in Court?

When a defendant uses a bail bond, the law requires the bail bondsman to secure the defendant’s appearance in court on a fixed date. If the defendant fails to show up on their court dates, the bail agent will be required to pay the total bail. 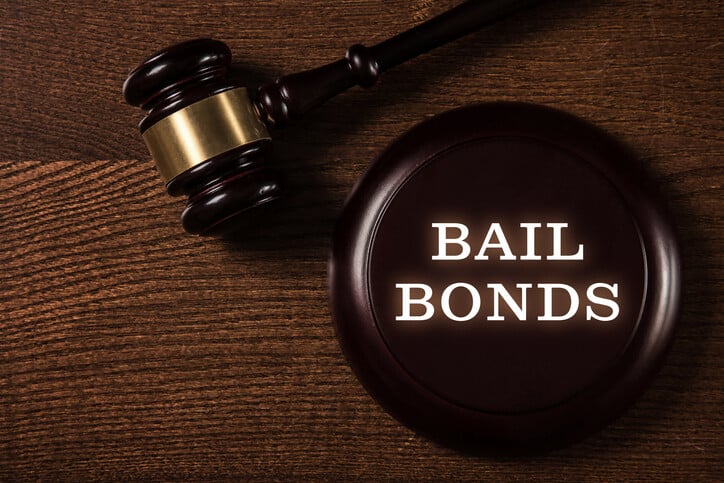 What are the Alternatives to Using Bail Bonds in Michigan?

If you do not want to use a surety bond, the court may allow you to pay cash instead. A cash bond is the amount of money paid in cash to secure a defendant’s release from jail.

It is a fast and direct way of ensuring that the defendant is released from jail until the court date. It can also be a great option if the defendant or your family members have a lot of cash at hand. 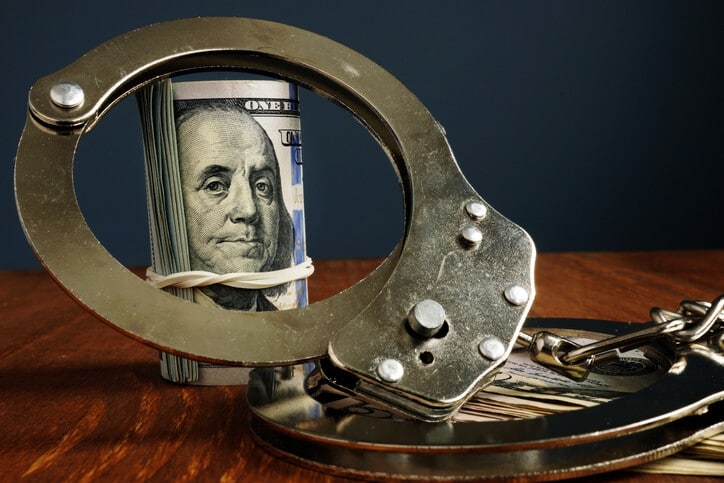 Cash bonds work in two ways. The first method is to pay a percentage of the bond amount to the court directly. The court usually requires 10% of the total amount in this instance. The second option involves getting a bail agent to pay a quarter, that is 25%, of the cash bail to the court. The bond amount is refundable if the defendant appears in court for trial. However, the defendant will forfeit it for failing to appear in court.

Will the Court Allow You to Use a Piece of Property as Bail Instead of Money in Michigan?

Generally, how bail bonds work is that they secure the defendant’s release from jail through a bail agent, where the defendant is unable to afford bail. However, there are cases where defendants cannot pay the full bail in cash, and they are also reluctant to use bail bondsmen. In such situations, if the defendants own some property, the court may allow them to use it as bail. 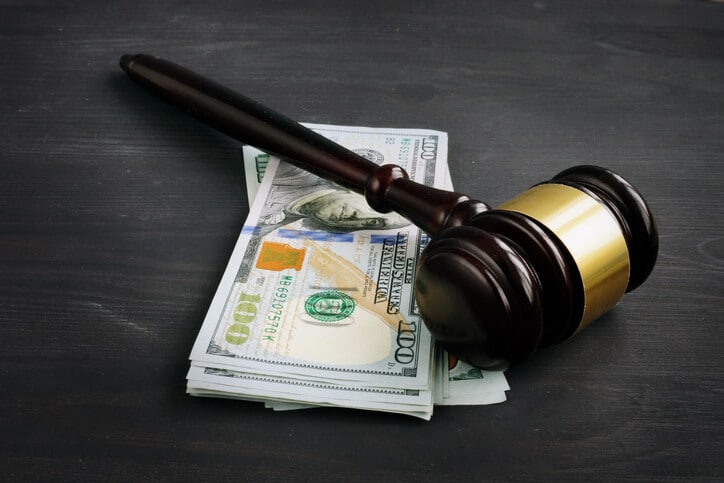 A property bond allows defendants to pay their bail using property, such as tangible real estate. To use this type of bond, the value of the real estate must be close to the amount required as bail. However, some states may require the property’s value to be double the bail amount.

The court often appoints a real estate valuer to assess the property’s value to determine its eligibility. Although using property instead of paying bail may be allowed in Michigan, it is not allowed in every state.

Do You Need to Consult an Attorney to Get a Bail Bond in Michigan?

If your relative or friend is arrested, you want to get them out of jail as quickly as possible. The first step is to hire a criminal defense lawyer who can initiate a bail hearing for you. The attorney will argue before the judge and work towards convincing the court to grant bail.

Once the court grants bail, the next step is to pay the entire bail amount in cash, use a bail bond, or any other available alternative. Also, a criminal attorney helps to provide guidance and assistance with the bail bond process.

When bail is paid, the defendant will be released and must start preparing for trial for the set court date. Therefore, the earlier you get a lawyer, the sooner you get bail and improve the defendant’s chances at trial.