Gross Indecency is a serious sex crime that basically involves two or more people, in public places or locations.

Whether the sexual act happened in a public park or a public bathroom, a conviction in Michigan can have life-altering consequences.

That is why it is important to start focusing on fighting your allegations or charges as soon as you get arrested.

If you have been arrested or charged with gross indecency in Michigan, call us today at (248) 515–6583 to book a free consultation.

In Michigan, gross indecency is defined by the law as committing a sex act in a public place. 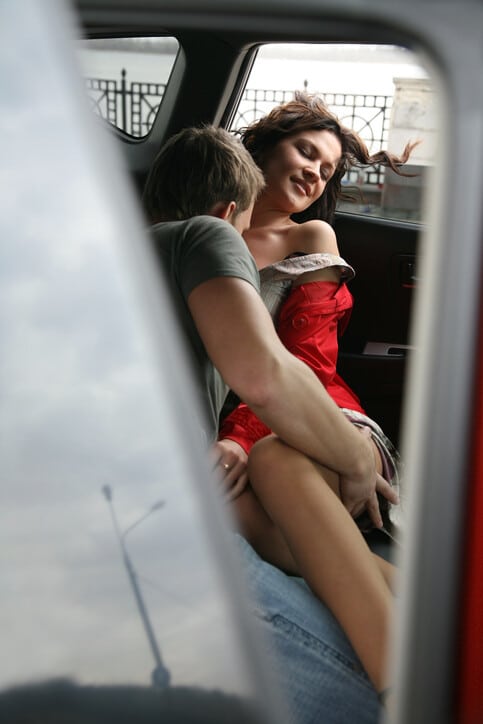 On the other hand, a public location or place can be a public park, a public bathroom, a rest stop, or any other place where another person could be reasonably exposed to view the act.

Additionally, engaging in sexual acts in front of a window in a private home may sometimes result in a prosecution for gross indecency.

That means an individual could be charged with the offense, even when no one saw the alleged act. The law only requires the prosecution to prove that someone could have seen it.

There are three gross indecency statutes in Michigan.

All of the statutes are similar in that they address the same conduct. However, they differ in the gender of the offenders.

The three statutes are:

Under this statute, a female person who, in public or private, commits, is a party to, or aids the commission of any criminal sexual conduct that translates to gross indecency with a male, shall be guilty of the said crime.

Additionally, the statute prohibits any person from procuring or attempting to procure the commission of an act of gross indecency between a male and a female person, a violation of which a person shall be guilty of the offense.

Upon conviction, any act of gross indecency will result in a felony charge that carries a possible punishment of up to five years in prison or a fine not exceeding $2,500.

With that said, penalties vary depending on the individual statutes covering the circumstances under which the criminal sexual conduct happened, regardless of the gender or sexual orientation of the participants.

Upon a conviction, with a violation of MCL 750.338, a person shall be guilty of a felony punishable as provided in this section. A conviction is punishable by imprisonment in the state prison for a period not exceeding five years or a fine not exceeding $2,500.

If such a person was a sexually delinquent person when committing the said offense, they risk an indeterminate term in the state prison, upon conviction. In this case, the minimum term can be one day and a maximum being life.

Upon a conviction of a violation of MCL 750.338a, a person shall be guilty of a felony punishable as provided in this section. A conviction is punishable by imprisonment in the state prison for a term not exceeding five years or a fine not exceeding $2,500.

If such a person was, who committed the said offense, a sexually delinquent person, may be punishable, upon conviction, by imprisonment for an indeterminate term. The minimum term, in this case, can be one day, and the maximum is life.

Under MCL 750.338b, any male person convicted of an act of gross indecency that involves a female shall be guilty of a felony punishable as provided in this section.

Similarly, any female convicted of commission of an act of public sex that involves a male person shall be guilty of a felony punishable as provided in this section.

Additionally, upon conviction with procuring or attempted procurement of an act of public sex between male and female persons, a person shall be guilty of a felony punishable as provided in this section.

A felony conviction, as provided under this section, is punishable by imprisonment in the state prison for a period not exceeding five years or a fine not exceeding $2,500.

If such was a sexually delinquent person when committing the said offense, they might be punished by imprisonment in the state prison for an indeterminate term.  The minimum would be one day, and the maximum would be life.

A CONVICTION FOR GROSS INDECENCY MAY REQUIRE AN OFFENDER TO REGISTER AS A SEX OFFENDER UNDER THE MICHIGAN SEX OFFENDER REGISTRY ACT (SORA):

Generally, gross indecency can be categorized as a Tier I, Tier II, or Tier III offense. These categories are usually dependent on the alleged victim’s age or if a sexually delinquent person committed the offense.

A conviction with gross indecency involving a victim below 13 years of age is a Tier III offense, which results in the strictest registration requirement.

A Tier III registration places the convicted offender on a lifetime public registry, with their registration information requiring updating at least four times a year.

A conviction with gross indecency involving a victim aged at least 13 years, but below 18 years, is a Tier II Offense, which is typically a mid-range offense.

Additionally, the offender is required to update their registration information with law enforcement twice a year.

If such was a sexually delinquent person when the said offense happened, a conviction will automatically result in a Tier I offense.

However, sometimes such cases may result in Tier II or even Tier III offenses, depending on the prevailing circumstances.

Tier I offenses have the least stringent registration requirements, where the offender is placed on a non-public registry for 15 years.

Offenders registered under this Tier of registration must verify their information with law enforcement at least once a year.

A conviction of gross indecency, like other sex crimes, can be life-altering, and you do not want to take it lightly.

Whether it’s you or someone you know facing these charges in Michigan, it is always a good idea to work with a skilled sex crimes attorney.

The best approach is always not to talk to law enforcement officers upon arrest until you have a lawyer at your side.

A skilled sex crime attorney will use all possible defenses available to ensure you get the best possible outcome for your charges.

Some of the possible defenses for having your charges dropped include:

For a conviction to happen, the prosecution must prove, beyond a reasonable doubt, that public sex occurred.

If you or someone you know is facing allegations or charges in Michigan, Nicole Blank Becker, of Blank Law, PC, is the lawyer you need to consult with.

With over two decades of experience in Michigan law, you can rest assured she will deliver the best outcome for your case.

Nicole is solely focused on sex crimes, making her the lawyer you want to go to for your criminal sexual conduct charges.

In her 20-year career, Nicole has worked as a prosecutor and a defense attorney. This means that she can look at your case from both sides of the law to guarantee the best possible outcome.

Do not let your criminal sexual conduct charges ruin the rest of your life. Get the best sex crimes attorney on your side, and don’t wait until it is too late!

The sooner you can have Nicole working on your case, the better your chances of success with your case are.

You can easily reach Nicole by contacting Blank Law, PC today at (248) 515–6583 or contact us online to book a free consultation.