General Intent vs. Specific Intent: What is the Difference?

For purposes of being charged and tried in a criminal case, there are different types of criminal activity that can be categorized by the defendant’s state of mind. This means, the intent of the defendant in committing the crime is very important. A person’s “intent” refers to the drive behind committing a criminal act. That drive is what prosecutors often use to get defendants convicted of the specific criminal charges against them.

Intent can be classified into two different categories:

Distinguishing between the two types of intent can be challenging, but it is extremely important because they carry different standards of proof. This article will explore the main differences between general and specific intent.

General intent crimes don’t require proof that the defendant acted in a way specifically intended to cause harm to the complainant in a criminal proceeding. Instead, the prosecutor will only need to show that the defendant committed the criminal act itself, willfully. Often when legally outlining general intent crimes, the charge only refers to an act without mentioning “intent to commit a crime.”

Under MCL 750.81(1), a person who assaults (harmful physical contact to another person), or assaults and batteries (a forceful, violent, or offensive touching of the person or something closely connected with the person) a person is guilty of a misdemeanor, i.e. assault and battery. The verbiage used for this crime makes assault and battery a general intent crime.

As long as the defendant intended to assault someone and went ahead and did it, the prosecution does not have to prove that the defendant acted with “intent to hurt or injure” the victim seriously. The touching must be intended, not accidental, in order to be charged with assault and battery.

For example, if Mark (defendant) punched John (complainant) in the eye, causing injury after John hurled insults at him, Mark could face assault and battery charges. All the prosecutor has to prove is that the defendant acted intentionally. 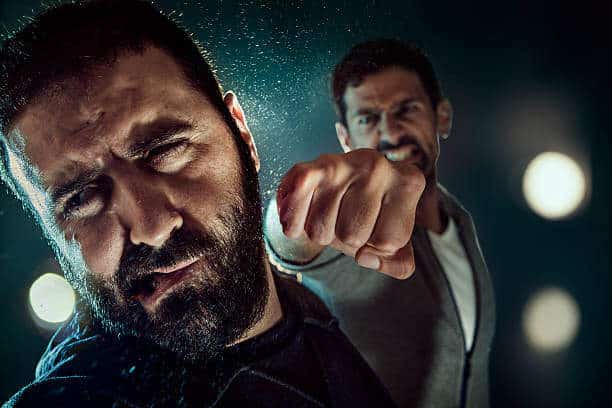 Other general intent crimes in Michigan include all four types of criminal sexual conduct offenses. These include:

For a specific intent crime, the prosecutor must prove beyond a reasonable doubt that the accused committed criminal acts intending to achieve a specific result. When determining specific intent, the defendant’s mental thought process comes into play. The crime must have been done with the purpose of hurting or harming someone else.

A conviction for specific intent crimes, like assault with intent to commit sexual penetration, can be life-altering. If you are charged with a specific intent crime, you must enlist the services and help of an experienced criminal defense lawyer immediately so you get a fair outcome for your charges.

Other specific intent crimes include:

Premeditation refers to prior planning and lying in wait for the victim, i.e. specific intent. A good example of premeditation is when a person loads a gun before pointing it at another and pulls the trigger, resulting in fatal injuries. In such an instance, the offender can be said to have made a conscious decision to kill and, therefore, can be charged by the prosecution with first degree murder.

If you have researched specific and general intent crimes for criminal cases, you would have come across the phrases “actus reus” and “mens rea,” and are probably wondering what they mean. They refer to the mental element or mental state of a person when they commit a crime. In other words, what the defendant was thinking at the time he committed the crime.

There are two parts considered in determining whether a crime has been committed or not. The defendant’s “actus reus” and “mens rea.”

“Actus Reus” is an element of criminal activity. It refers to a “guilty act” done for purposes of committing a crime. It includes a voluntary act or omissions.

Regarding a voluntary act, “actus reus” refers to voluntary and intentional body movements intended to achieve harmful physical contact. This means that if the person acted on reflex, the conduct does not satisfy “actus reus.”

Also, the “actus reus” requirement can be satisfied through omission, also known as the “failure to act.” However, this is only if the defendant has a duty to act, but fails to act.

For criminal liability purposes, a person can have a duty to act if:

“Mens Rea” is a person’s mindset while they carry out a crime. The “mens rea” of a suspect is the culpable mental state that the defendant had when committing the crime. “Mens rea” refers to crimes that were done knowingly, purposely, recklessly or intentionally. The mental state, mens rea, of a defendant is very important when charging a crime because it may affect the severity of the crime charged.

“Mens rea” is known as the defendant’s guilty state of mind when committing a crime. The question remains: Did the defendant voluntarily choose to commit a crime or was it accidental or unpreventable?

There are situations where there can be a commission of a crime without intent, like in strict liability crimes. A strict liability crime is any act considered a crime even when the offender is not aware the act is a crime, such as what is statutory rape where the offender honestly thought the victim was not a minor. In Michigan, whether you knew the minor’s age or not does not matter.

If you face general or specific intent crimes, the severity of the penalties upon conviction vary depending on the offense.

However, a conviction for assault with intent to commit sexual penetration, a specific intent crime, under MCL 750.520g, could earn you even harsher penalties. In other words, you could get up to 10 years in prison and a permanent designation as a sex crimes offender by having to register as a sex offender on the Michigan Sex Offender Registry, which certainly would effect your future.

Even if a conviction does not have a lengthy prison sentence, it could mean having a criminal record adversely affecting your life. So, it is important to get yourself an experienced criminal defense attorney to help you in your case, no matter if you are charged with a specific intent or a general intent crime.

Generally, proving a specific intent crime can be tough for the prosecutor, especially if you have a skilled criminal defense lawyer. If your lawyer succeeds at building a solid defense strategy, they will likely secure a deal to have your charges reduced to a general intent crime or, based on the evidence, have the crime dropped altogether.

If you face specific or general intent charges in Michigan, or anywhere throughout the United States, Nicole Blank Becker of Blank Law, PC is the lawyer you need to contact. Nicole has over two decades of experience in Michigan and a long track record of success to back it up.

Nicole was the Chief of the Sexual Assault Unit and the Chief of the Child Abuse Unit in Macomb County for years. She also started as a defense attorney in Detroit, Michigan. This gives Nicole the rare ability to analyze a case from both sides.

You should not wait to call a lawyer! Call Nicole Blank Becker now by calling Blank Law, PC at (248) 515-6583 or reach us online to have your free consultation.