Michigan law offers an avenue for persons convicted of certain offenses to expunge their criminal records over the years.

Having a person’s criminal record removed from the public records means their details will not appear on background checks when seeking employment, rental housing, or financial aid. However, the court, law enforcement agencies, and Michigan’s Department of Corrections can all still access the records.

In October 2020, the Michigan legislature enacted several bills that made it a lot easier for Michiganders convicted of non-violent crimes to wipe their records clean. This new set of bills, popularly referred to as the “Clean Slate” package, came into effect in April of 2021, with some parts of the bill coming into effect in January 2023.

There are two ways to erase an individual’s criminal history under the recent changes to Michigan’s expungement laws. These include petitioning the court to have their convictions set aside and automatic expungement for eligible felonies and misdemeanors after the set time. 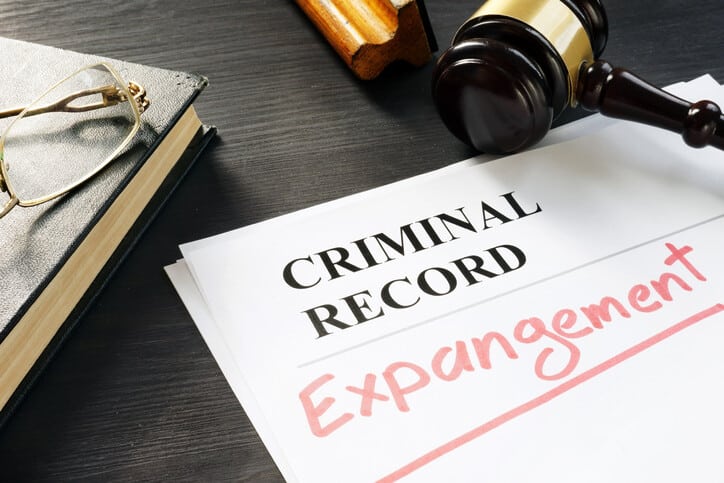 The first option, which requires a petition, came into effect in April 2021, while the automatic expungement will not go into effect until January of 2023.

Some changes effected in the new laws include:

Previously, the laws provided the expungement of criminal records for individuals with up to two misdemeanor offenses and one felony offense for certain eligible felony offenses. With that said, the expungement was on the condition that the individual must not commit any other crime for five years before petitioning the convicting court to set aside their criminal convictions.

Under the new laws, eligibility has been expanded to unlimited misdemeanor offenses and up to three felony convictions. The law provides, however, that only two assaultive convictions can be set aside in a person’s lifetime. Additionally, only one criminal record expungement is possible for felony offenses carrying a penalty of ten years or more.

Under the new “Clean Slate” laws, the waiting period before applying for their criminal record expungement also has seen some changes.

The waiting period runs from the date of sentencing, release from prison, or completion of probation and parole requirements – whichever comes last.

With that being said, persons hoping to have their traffic offense record set aside have to wait until February 2022, when this law comes into effect.

Individuals that can have other traffic offense crimes set aside after the law comes into effect include persons convicted of:

It is important to note that expungement of these traffic offense crimes applies to first-time offenders only and does not apply for a traffic offense committed by a commercial license holder or if the accident results in injuries or death.

In 2018, Michiganders voted to legalize recreational marijuana. Following the vote, all persons convicted with one or more misdemeanor marijuana convictions before December 6, 2016 can apply for expungement.

With that said, a person can only have their convictions expunged if the offense in question would not have been an offense after the date the marijuana laws were amended. Some marijuana misdemeanors offenses that ceased being prosecutable offenses after December 2018 include possession, use, sale of paraphernalia, and any local laws similar to the above.

Under the new provisions, an individual seeking to have their criminal history set aside under this section must petition the convicting court, which will grant their petition to have convictions expunged if there is no objection from the prosecutor.

However, suppose by a preponderance of the evidence, the prosecutor can prove that the offenses committed constituted actions that would have constituted a crime after December 2018. In that case, the court will deny the individual their petition.

5. Offenses Committed on the Same Day

Under new Michigan expungement law guidelines, an individual can request that the judge count multiple offenses as one. This provision is only applicable if the convictions resulted from offenses committed on the same day and those arising from the same event.

However, this may not be applicable if the offenses are:

Under this provision, a dangerous weapon includes:

Suppose you are convicted of several offenses arising from the same day and under the same circumstances. In that case, you may need to talk to a skilled Michigan criminal defense attorney to find out if you are eligible for having your offenses combined as one.

Persons convicted of prostitution offenses while they were victims of human trafficking may have their criminal records set aside.

Under this provision, such a person can have more than one conviction set aside. Under these circumstances, there are no requirements for a waiting period.

With that said, having a conviction set aside under these circumstances can be complicated, and you may need to hire a prostitution or human trafficking defense lawyer.

Convictions Not Eligible for Expungement

Some categories of offenses do not qualify for having a conviction record set aside. This means a conviction with the offenses will stay on the convicted offenders’ public records for a lifetime.

Examples of crimes that do not qualify for expungement under the new provisions include:

Under the new laws, there are a set of offenses that have additional rules for having a conviction record set aside. These convictions include:

Under some circumstances, a judge can defer entering a guilty verdict awaiting the completion of probation orders.

After an offender satisfies probation requirements, the judge dismisses a charge. Under this kind of arrangement, the offense does not appear on a person’s records. However, if an individual had a deferred and dismissed conviction, the offense will count as a misdemeanor and must follow the misdemeanor expungement process.

A person may only have one expungement per felony offense that carries a penalty of ten years or more.

Misdemeanors carrying a penalty of more than one year, for example, criminal sexual conduct 4th degree, can count as felony offenses.

Out of State or Federal Convictions

With that said, convictions in another state or federal court can affect your expungement in Michigan. The Michigan expungement process involves sending an offender’s fingerprints to federal law enforcement agencies, like the FBI, for a background check, which means out-of-state or federal offenses will reflect on the check.

If you have an out-of-state or federal conviction, but have qualified for expungement under Michigan laws, you want to talk to a criminal defense attorney to assist you through this process.

Automatic expungement of records will come into effect in January 2023. This means, until then, individuals seeking to have their convictions set aside will have to petition the court and can only have their names removed from the public criminal record if the court grants their petition.

After January 2023, however, individuals can enjoy up to two automatic expungements for felony convictions, and four for misdemeanor convictions.

Under the automatic expungement process, misdemeanor offenses will automatically be struck out from the records after seven years, while felony offenses will take ten years before being struck out of the register.

With that said, there is a condition for qualifying to have a name removed from the records – the individual must maintain a clean criminal record throughout the waiting period.

There are some exemptions to automatic expungement. These exemptions include assaultive crimes, a serious misdemeanor, crimes carrying a penalty of ten years or more, crimes of dishonesty (for example, counterfeiting and forgery), crimes involving children or vulnerable persons, sex trafficking, and crimes that result in injury, serious impairment, or death.

Previously an individual’s information that had to be included in the public criminal record included their date of birth and other sensitive identifying information.

According to the Michigan Supreme Court’s director John Nevin, the decision is part of a broader plan to centralize Michigan’s statewide record system.

The Michigan supreme court ruling poses a challenge to employers seeking to run a background check on potential employees since the inclusion of birth date in the records is very effective in helping narrow down the search to a specific individual.

On the other hand, the Michigan Supreme Court ruling comes as a reprieve to convicted individuals because it makes the chances of their criminal record being exposed in a background check narrower.

For offenses that qualify for automatic expungement that will be effective starting 2023, the affected persons will not need to do anything. The records will automatically clear at the end of the set period.

For other offenses, the affected individuals will have to petition the court.

Petitioning the court is not always straightforward. If you have a criminal record due for expungement, it’s essential to speak to a skilled criminal defense attorney to help you navigate the process properly.

It is always essential to have a lawyer with you. The first step in having your conviction record set aside is having a skilled attorney determining whether expungement applies to your case or cases.

Once you identify the applicability of your case or cases, the next course of action is to hire an experienced Michigan attorney, and Nicole Blank Becker of Blank Law, PC, is the attorney to call.

Michigan Attorney Nicole Blank Becker Can Help You with Your Case

Having a criminal record can come with a set of other ramifications that include difficulty getting a job, accommodations, financial assistance, owning a firearm, and general stigmatization.

If you have met the statutory requirements for having your criminal record set aside, experienced Michigan criminal defense attorney Nicole Blank Becker of Blank Law, PC can help you with your case.

Nicole has over two decades of practice in Michigan and is your best chance at having your expungement application going through. She has served as the Chief of the Sex Crimes Unit as a prior prosecutor in Macomb County, meaning she knows the other side, which gives her an edge over her peers.

While you can navigate the process on your own or by following guidelines on the Michigan Legal Help website, you do not want to risk your petition being struck out.

A rejection of a petition means you will have to wait another three years to petition the court again. Three years can be a long wait considering all that is at stake with a criminal record.