All criminal sexual conduct allegations or charges are damaging in nature, even when they do not involve sexual penetration or physical contact. 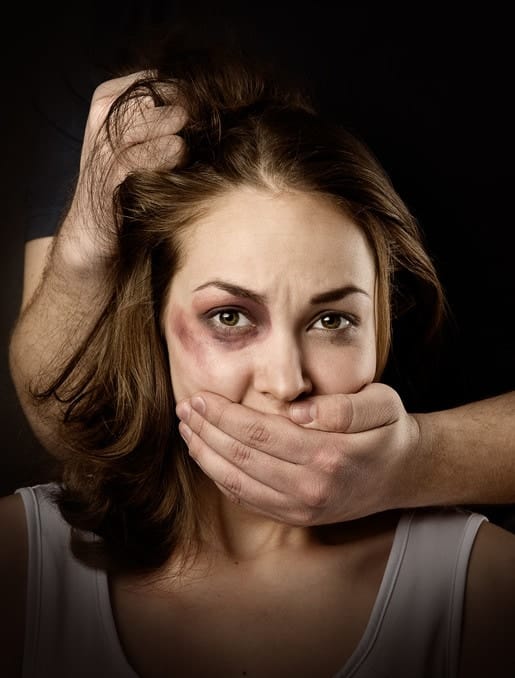 In some instances, accusations may involve alleged offenders who did not get through with physically committing the offense, but showed intent to commit CSC.

Depending on the intended sexual activity, the defendant may be faced with penal code 750.520g:

●       Assault with intent to commit criminal sexual penetration charges, or

Due to the serious ramifications of a sex crime allegation, charge, or conviction, it’s always best to find a criminal sexual conduct attorney as soon as you get arrested, accused, or realize you’re being investigated.

The right sex crimes defense lawyer should have vast experience in Michigan criminal law and should be focused solely on sex crimes (learn what to look for in a criminal defense lawyer here). If you have been arrested for or accused of intent to commit CSC, contact Blank Law, PC to book a free initial consultation.

Assault, in this case, refers to the use of force or coercion, physical violence, which could include battery, intimidation/threats, or when carrying any item that could be misconstrued as a weapon by the victim to achieve sexual penetration. This offense is also referred to as assault with intent to commit criminal sexual conduct 1st degree.

DO MY ACTIONS FIT THE CRIME OF ASSAULT WITH INTENT TO COMMIT CRIMINAL SEXUAL CONDUCT 1st DEGREE?

For a person to get convicted of assault with intent to sexually penetrate, the prosecution must prove in court, beyond a reasonable doubt, that:

a)    The actor assaulted another person

The legal definition of an assault may differ by jurisdiction. In general, assault is defined as knowingly putting another person in fear of violence being meted on them.

Evidence of physical harm is not required for assault, as long as the victim was in reasonable apprehension of harmful physical contact at the commission of the offense.

When actual penetration is achieved, the defendant could be charged with criminal sexual conduct 3rd degree or 1st degree, which are both a felony punishable by imprisonment.

A conviction with first degree CSC carries a maximum of life in prison, while you could get up to 15 years in prison for a third degree CSC conviction. See CSC 1st degree Michigan penalty for more details.

With that being said, where the prosecution believes that actual penetration occurred, but cannot prove it beyond a reasonable doubt, first or third degree CSC charges may be reduced to assault with the intent to commit CSC involving penetration. This is also a felony punishable by imprisonment, but carries a lesser punishment of not more than 10 years in prison, or even probation.

A: No. Before delving into the difference between the two offenses, you must understand the meaning of attempted crime.

An attempted crime can be defined as when a person takes a step of actualizing a crime beyond mere preparation, but does not succeed in committing the crime. That said, an attempted criminal sexual conduct charge can occur where a person had intent to commit CSC, irrespective of the method used to achieve the objective.

On the other hand, assault with intent to commit criminal sexual conduct involving penetration charges are usually pressed when a person assaults another with a specific intention of achieving sexual penetration, irrespective of whether they succeed at it or not.

Q: Can a sex offender travel?

A: Yes, you can travel even when you are on the Michigan Sex Offender Registry.

With that said, it is conditional in that you have to notify your authorities of your intent to travel. If, for instance, you are traveling from one state to another for more than seven days, you must notify the law enforcement authorities in person within three days before your travel date.

Additionally, having your name on the federal sex offender registry can limit the places you can visit. For example, you may not visit Disneyland since it is frequented by children, and some countries may deny you entry based on your criminal record.

Like other sex crimes, assault with intent to commit criminal conduct involving penetration is a serious crime with life-altering consequences, upon conviction.

As per Mich. Comp. Laws § 750.520g, assault with intent to commit criminal sexual conduct involving sexual penetration shall be a felony punishable by imprisonment, upon conviction, of a maximum of 10 years.

However, with exemplary legal representation, and depending on the circumstances, there is the possibility of receiving probation upon a conviction for assault with intent to commit criminal sexual conduct under the Criminal Sexual Conduct Act. In simple terms, you can be convicted of Mich. Comp. Laws § 750.520g, assault with intent to penetrate, and never serve time in prison.

It is also essential to understand that following the Michigan Supreme Court ruling, a judge is at liberty to pass any sentence they may deem reasonable, depending on the severity and the circumstances of the sexual crime in question. The Michigan Supreme Court argued that it is the judge’s responsibility, and not the legislature, to determine the reasonable sentence for every specific case.

Incarceration, fines, and probations are not the only ramifications of getting convicted of assault with intent to sexually penetrate. In most sexual assault cases, there are other far-reaching and life-altering consequences, particularly due to the defendant needing to register on the sex offender registration.

Some of the consequences of being registered as a sex offender include:

Defending, in Michigan, assault with intent to commit sexual penetration may depend on several circumstances, which include the alleged victim’s age and visible evidence of an assault.

If the assault with intent to commit criminal sexual conduct charges involve a minor, using the victim’s consent in the defense is out of the question.

In Michigan, the age of consent is 16, however it is unlawful for a teacher, or any worker at a children’s institution who holds a position of authority, to engage in sex with students or a children’s home resident below 18.

When defending a charge of assault with intent to commit CSC where a minor is involved, one of the possible defense arguments would be that there was no intent to sexually penetrate or have sexual contact whatsoever, even where assault can be proved.

Alternatively, your defense could be that nothing happened and that the child is not honest. Your criminal defense attorney can also help you argue that it’s a case of mistaken identity, especially if there’s potentially another perpetrator or an alibi in your case.

Since criminal sexual conduct cases involving children are very sensitive, it is vital to work with an experienced sex crimes defense attorney. The right criminal defense lawyer should help you invalidate the available evidence while being careful not to demean the minor, which could be damaging to your case.

On the other hand, where assault with intent to commit criminal sexual conduct involving sexual penetration cases involve victims over the consent age, consent may be applicable as a defense, where there are no apparent signs of assault.

With that said, using consent as a defense will require you to work with experienced sex offender lawyers, as it involves placing yourself in the middle of the alleged crime.

By looking at all the evidence presented by the prosecution, and the other evidence that exists, including what you have in your possession, a good lawyer with experience in the Michigan criminal law should be able to create a strategy that introduces reasonable doubt to the prosecution’s case, which can significantly affect the outcome of your assault with intent to commit criminal sexual conduct case.

Sex crimes are usually very sensitive and call for legal representation as soon as you get accused of, arrested for, or realize you are under investigation.

Michigan’s criminal defense lawyer Nicole Blank Becker, of Blank Law, PC, has over 20 years of experience in Michigan criminal law. For the most part, her practice has been focused on sex crimes, making her a powerhouse in the field.

Besides serving Michigan residents as a defense attorney, she has also worked in the prosecution’s office as Chief of the Sex Crime and Child Abuse Units in Macomb County, gaining invaluable experience that puts her on top of her peers.

Nicole also prides herself on forming an excellent attorney-client relationship and keeps all confidential or sensitive information between her and her clients to help put minds at ease during these stressful times.

Irrespective of the type of sex crime case you could be facing, Nicole Blank Becker can handle it with exceptional success. Do not let your sex crime allegations or charges ruin your life. Contact Blank Law, PC today online or give us a call at (248) 515-6583 for a free consultation.