What Happens if I Don’t Talk to a Detective?

There are many reasons why the police may contact you, but what does it mean when a detective calls you? The most common reasons include if they believe you are a witness to a crime or are a suspect in a criminal investigation, with the latter being the most serious scenario.

If you love investigative shows, you may have heard a law enforcement officer read Miranda rights to suspects during an arrest scene. These rights include the right to remain silent and the right to have legal representation.

While remaining silent is a constitutional right, most people, when arrested or contacted by the police, speak to them. They are concerned about what would happen if they fail to talk to a detective and fail to give their side of the story.

What Happens if I Don’t Talk to a Detective? 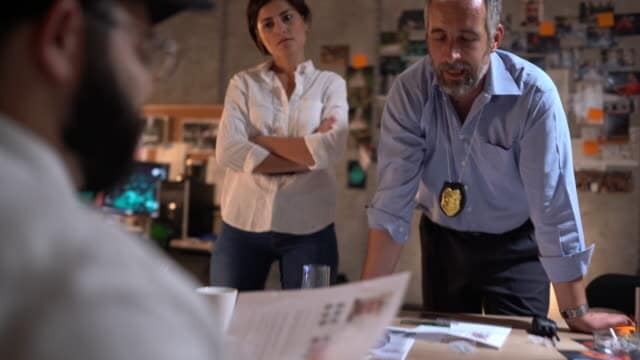 Why You Should Not Talk to the Police

The success of an investigative detective depends on how effective they are at finding information that can lead to a conviction. So, if a detective is contacting you as a suspect or has probable cause to make an arrest, you can be sure that their goal will be to get you to talk and basically sink yourself.

The U.S. Constitution under the Fifth Amendment protects American citizens from self-incrimination. This right goes along with your Sixth Amendment right to an attorney.

Not all arrests happen as they do in movies, with Miranda rights being properly read upon arrest. If a detective calls you or shows up at your house and asks you if you want to talk to the police and you do, there is NO requirement for Miranda rights to be read because you are not under arrest. However, an interrogating officer must read a suspect their Miranda rights prior to questioning, which is essentially a combination of the fifth and sixth amendments.

The police can legally lie when questioning you. For example, they can claim to have witnesses, DNA, or video footage of the crime to make you admit to the crime. There are also situations where the police use tactics that wear down a suspect until they admit to a crime they never committed. Unfortunately, admitting to a crime, or explaining your side, does not get you out of the interrogation room to a better place or close the case; it will often give the police probable cause to make an arrest.

What To Do Instead

Always invoke your constitutional rights; after all, they are there to “protect” you, not hurt you. Once you invoke your right to remain silent, the next step should always be to contact an experienced criminal defense attorney.

Once you involve a criminal defense lawyer in your dealings with the police, the police can no longer interrogate you in the absence of your attorney. An attorney who is experienced in criminal defense, and especially with sex and child abuse cases, will not suggest to you that you go and speak to the police.

Many people make the mistake of talking to the police because they feel that failure to do so will make them look guilty. Do not fall for that trap. The fact that you did NOT talk to the police cannot be used against you in a court of law. Not to mention, the prosecution cannot get a conviction through perception. The judge and the jury will not know that you refused to talk to the police, so the “perception” won’t even exist.

Even when you know you are innocent, it is important to understand that you still have the right, and should exercise the right, to remain silent. Too often the police twist your words and claim you said something you did not. Oftentimes, the police will go to any lengths to prove their case.

Picture this: Richard, a 20-year-old male, gets a detective’s business card on his doorstep and calls them. They ask him to go to the police station to help clear up a matter. Richard agrees to go to the station because the police asked him to.

On arrival at the police station, Richard discovers that his nephew, who is six years old, accused him of a sexual assault. Richard knows he is innocent and can’t understand why his nephew would make up such allegations.

Richard decides to speak to the police officers without a lawyer present to clear his name. He also mentions that he and his nephew engage in tickle fights occasionally and could have touched his private parts by mistake (learn what is offensive touching here). By making such a statement, Richard incriminates himself without even knowing it, which creates probable cause for his arrest.

The prosecution can use Richard’s “by mistake” claim in his account as an attempt to make light of what he knew was a crime. Considering his nephew is a very young child, there is a high chance that the jury will take the child’s story as true, which could lead to a conviction for a crime that Richard never committed.

As Richard walked into the interrogation room, the police officers did not have enough evidence to arrest him. All they had had was the words of a young child. At the end of the interrogation, however, Richard has given investigators probable cause for an arrest, resulting in a criminal sexual conduct 2nd degree charge and potential conviction. Had Richard chosen not to speak without an attorney present, the situation would have been much different.

Not talking to a law enforcement officer does not mean you have to act rude or snarky. In fact, the total opposite is true. You should be polite and keep your temper out of it. While exhibiting rude behavior may not be a crime, the police will certainly write out a police report of your conduct, which can influence the prosecution’s determination to get a conviction.

Also, it costs nothing to be courteous. So, if a detective contacts you and asks you to confirm your identity, there would be no harm in answering the basics. This also includes general questions, like age, marital status, or occupation. However, if they get to more probative questions, like where you were on a particular date and time, that is when it may be the best time to invoke your right to silence.

While talking to the police is never a good idea, because the police may not have your best interests at heart, there may be a situation where you find yourself talking to a police officer and waiving your right to remain silent. Even then, you are entitled to invoke your rights at any point during the interrogation.

Upon invoking your right to silence and requesting a lawyer, any continued interrogation of you would violate your constitutional rights and any evidence extracted without an attorney present may not be admissible in court.

Having a lawyer in your case can help you in several ways in order to make the outcome much more favorable. Below are some ways through which a lawyer can help you:

An experienced criminal defense attorney should offer the best possible legal advice based on their experience and familiarity with the type of charges alleged. A lawyer should try to get the best possible outcomes without making unattainable promises.

An attorney’s experience and the reputation of their law practice matters a lot when searching what to look for in a criminal defense lawyer. If you are looking for a lawyer with years of  experience in the Michigan criminal justice system, Nicole Blank Becker of Blank Law, PC, is the lawyer you should get in touch with now.

Nicole has practiced criminal law in Michigan for over 20 years. During this period, she has served as the Chief of the Sex Crime and Child Abuse Units in Macomb County. She has been both a defense attorney practicing out of Detroit, Michigan and a prosecutor in both Detroit and Macomb. With all that experience under her belt, Nicole can study a case from all perspectives, giving her clients the best possible outcomes.

To get Nicole Blank Becker’s experience on your side, contact Blank Law, PC, online, or call (248) 515-6583 to book your free consultation with the best lawyer in Michigan.