Is Voyeurism a Crime?

In the past, the concept of a “peeping tom” was the widely accepted term for modern cases of voyeurism. However, unlike cases in the past, where the extent of this crime was often “looking in a lady’s window,” the introduction of cell phones has resulted in virtually everyone having a camera ready and accessible, increasing the cases of voyeurism throughout the state of Michigan.

Since there are new ways for someone to commit a voyeurism offense, the law in the state has expanded, too. Here you can learn more about voyeurism charges and why hiring an experienced attorney from a criminal defense law firm is highly recommended if you are charged with this sex crime.

Is Voyeurism a Crime? 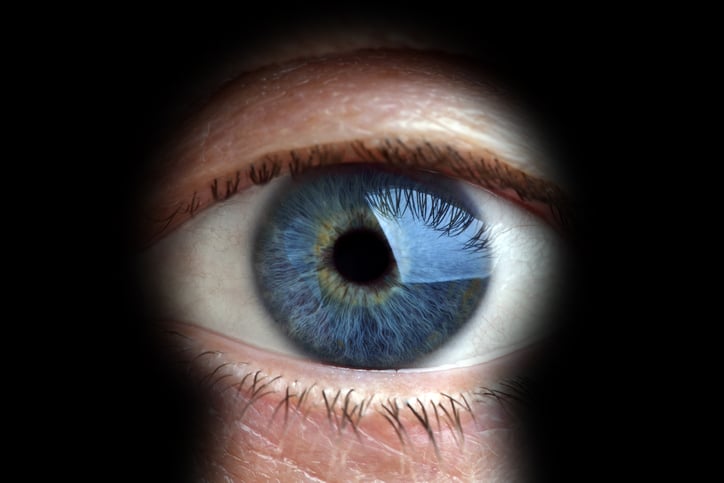 Before diving into the potential penalties for this crime, it is important to learn how voyeurism occurs today.

Voyeurism is classified as a sex crime. A person commits voyeurism when they spy on someone else for sexual gratification while in a location a reasonable person would expect privacy.

In 2000, there was a case where a man was caught using binoculars and a zoom lens to look into a teenage girl’s bedroom. This crime resulted in the Michigan Senate updating the “window peeping” bill and making charges of voyeurism a felony if the alleged victim was a minor. While this is the type of case that many people think of when discussing someone facing voyeurism charges, this is a crime that can take on many forms.

Cases of voyeurism can also arise when a cell phone with a camera or a camera is put in a location to make a video of someone who is in a private place or who expects privacy. In Michigan, this is considered unlawful surveillance and is illegal.

This type of crime includes taking videos or pictures of someone without that person’s knowledge in a restroom, locker room, or dressing room. In these areas, there is a reasonable expectation of privacy.

It is also worth noting that this crime includes taking pictures or videos of unsuspecting individuals in various states of nudity or during sexual activities. It also includes using a device to look inside or under someone’s clothing.

Please note that this illegal activity does not have to occur in a public location. Such crimes can occur in a person’s home. For example, if a landlord installs some type of camera to record their tenants or if a roommate records another person while they undress, use the bathroom, take a shower, or engage in sexual activity, it is considered a crime and the offending person will face a voyeurism charge.

Michigan state law provides everyone the right to privacy regarding their sexual activity and body parts. If this privacy is violated, then the violator has committed a serious crime. Someone may face video voyeurism charges even if they tape their sexual encounters or activities if the other person they are with has not provided their consent.

Technology is a blessing and a curse. While it makes new things possible, it also allows images to be captured and spread quickly. Even when the images or video are not captured for sexual arousal or gratification, it is still considered a very serious sex crime. In some cases, charges of video voyeurism arise from someone capturing a video to humiliate or degrade the alleged victim.

Potential Penalties for a Voyeurism Conviction in Michigan

A person can be found guilty of voyeurism if they engage in any of the following actions:

If this occurs, it is charged as a Class E felony. If convicted, the perpetrator faces, according to the Michigan Sentencing Guidelines, up to four years in state prison.

When it comes to sex crimes, there is a lot to know about. While compared to some others, voyeurism may not seem as serious; it is still classified as a sex crime and a serious situation. It is important to hire a criminal defense lawyer to help with your situation if you are facing these charges.

Depending on the specific severity of the charge you face, you may be given penalties including, but not limited to:

Upon conviction for video voyeurism in Michigan, you may also be required to register as a sex offender. If this is the case, being on the Michigan Sex Offender Registry can impact your life and future in many ways. In fact, being listed on the public sex offender registry means that anyone can access this information and see what crime you were convicted of. It can impact your employment opportunities, dictate where you can work and live, and affect your life in many other ways.

The video voyeurism crime you commit determines what you are charged with and the potential consequences you face. The different charges and penalties for these crimes can be found here:

As you can see, the potential penalties for voyeurism convictions in Michigan can be significant. Due to this, it is recommended that you contact professional legal services for assistance. Video voyeurism and other cases of this crime may have a devastating impact on your life if you are convicted.

Hiring a criminal defense attorney means you have someone fighting for your rights and helping you avoid some of the more severe penalties of this conviction. Some of the potential defenses for voyeurism charges in Michigan include:

It is difficult to prove beyond a reasonable doubt that you took the photo or video of another person and engaged in video voyeurism to sexually arouse yourself or to satiate your sexual desires. If there is a legitimate reason for the presence of cameras, such as business or home security, and if there are no tapes or photos saved, this is a defendable charge.

A charge of video voyeurism may also be defended if the alleged victim was not in a private place. For example, someone who goes outside in a bathing suit should not expect privacy. Many people go to the beach, pool, or other locations in skimpy, revealing bathing suits. Taking photos of someone on a public beach is not a crime. However, this becomes a crime if the camera is put in the changing room at a beach or pool. In this case, those using the spaces engage in a private act and expect a certain level of privacy.

If the accused party can prove the person being photographed or watched consented to this, it would serve as a viable criminal sexual conduct defense. Usually, it is apparent if someone knows they are being videoed or watched. This defense is somewhat tricky since it would be hard to establish consent if additional evidence was unavailable.

Cases of video voyeurism do not apply when the camera is open and obvious or if there is a warning sign that cameras are present. In these situations, your attorney can argue that the victim was aware of the camera and, because of this, there is no reason to expect privacy. In cases of an unreasonable expectation of privacy, consent is assumed.

People cannot record themselves along with others in a video or picture for sexual arousal or gratification without the other person’s consent. This is unique from eavesdropping since a person can record conversations they are having, even without consent, from the other person (see: what is a one-party consent call?). This is not true for video recordings of someone naked or scantily clad. In these situations, it would result in video voyeurism charges.

Video Voyeurism Challenges for the Prosecution

As you can see, there are several viable defenses you may be able to use when charged with voyeurism charges in Michigan. Due to this, the prosecution has significant challenges to overcome in order to achieve a guilty conviction.

To successfully prosecute voyeurism charges in Michigan, the prosecuting attorney must prove, beyond a reasonable doubt, that the defendant’s motives were lascivious and that their actions occurred clandestinely. They must also show that the alleged victim was in a location where they had a reasonable expectation of privacy.

It is also required that all charges fall under the legal statute of limitations. This time range can vary based on the circumstances of the situation.

When you are charged with any sex crime, finding and hiring a reputable sex crimes defense lawyer from a law firm with a track record of success is necessary (see: what to look for in a criminal defense lawyer). Whether the case is being tried at the state level or in the Supreme Court, a strong defense is a must.

It is also worth noting that building strong sexual assault defense strategies is the only reason you need a good criminal sexual conduct attorney. Some criminal charges involving voyeurism and other sex crimes can last up to one year or more. A CSC defense attorney can help ensure things keep moving along to reduce the amount of time you are in a state of limbo waiting to see the outcome of your case.

The right lawyer can keep you out of jail and will provide all the legal services you need to help you achieve the best possible outcome for your case.

Have you been accused of voyeurism? Are you facing significant consequences if convicted? If so, you can’t afford to wait to hire a reputable criminal defense attorney.

A good first step if you find yourself in this situation is to contact Blank Law, PC to schedule a free initial consultation. During this first meeting, you can speak to Attorney Nicole Blank Becker about your case and begin building a strong defense for the charges you are facing.

The longer you wait to schedule a Michigan criminal defense attorney free consultation, the less time your lawyer will have to work on your defense. Call as soon as possible to ensure you get the best possible outcome for your situation.

There are ways to defend against these charges and prevent the potentially serious consequences you may face if convicted, but you must act now!