Sexual violence is common around the world. In many states, it is also known as sexual abuse or sexual assault. Several types of sexual violence exist, including molestation, indecent exposure, statutory rape, child pornography, and sexual harassment.

Although sex crimes are severely under-reported worldwide, studies show that approximately 43% of men and 81% of women have experienced sexual harassment in their lifetime. Such experiences typically have devastating effects on the lives of the victims. Sexual assault and harassment affect their mental health, sense of safety, relationships, and everyday life. Being sexually assaulted could also threaten the victims’ lives in some cases.

On the other hand, thousands of people are being accused of sexual assault daily. Such allegations are serious because they could permanently affect the accused’s life. They could lose their jobs or be denied prospects of employment, immigration, or housing.

If you have been accused of sexual assault and harassment, you need legal assistance to defend against the allegations. Seasoned sexual assault lawyers can help you understand the legal system, advise you on the most potent sexual assault defense strategies, and improve your chances of avoiding conviction.

People use “sexual harassment” and “sexual abuse” interchangeably to describe non-consensual sexual activities. While both terms are forms of sexual violence, they constitute separate sex crimes in many jurisdictions.

Sexual harassment describes unwanted sexual behavior towards someone which makes them feel humiliated, intimidated, frightened, or offended. According to the Equality Act, such behavior usually harms another person’s dignity and self-esteem. Sexual harassment also describes any unwelcome conduct of a sexual nature intended to cause feelings of embarrassment in another person, regardless of whether that person truly feels upset or embarrassed.

Several sexual harassment cases typically occur at the workplace. However, like many other types of sexual violence, it is not restricted to a work environment. It can also occur in the home, school, or other public places. 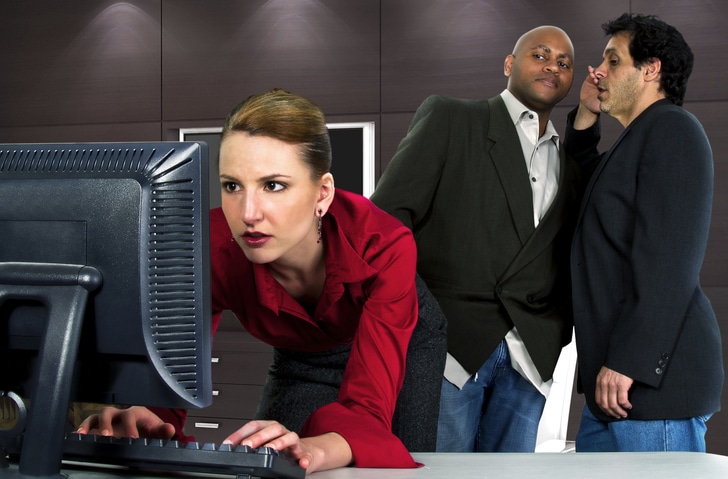 Sexual harassment includes requests for sexual favors, unwanted sexual attention, physical or verbal harassment, or unwelcome sexual advances in a learning environment or the workplace. Also, it is not solely targeted at a specific person. Such harassing behavior may be targeted at a group. For example, negative comments about women may be considered a form of harassment – gender harassment.

Sexual abuse and harassment refer to unwanted physical conduct of a sexual nature. However, the primary difference between sexual abuse and sexual harassment is the feeling such conduct evokes in the victim. Once it involves feelings of humiliation, fear, and offense, it would be considered sexual harassment. However, acts involving violence, force or coercion, sexual penetration, or sexual contact for sexual pleasure are usually considered sexual abuse.

How Can You Tell the Difference Between Sexual Harassment, Sexual Assault, and Criminal Sexual Conduct?

Sexual assault is a term that describes a wide range of sexual offenses, including misdemeanor sex crimes, like indecent exposure, and felony offenses, like rape. It refers to any sexual activity done to a person without their consent. Sexual assault also involves sexual penetration, unwelcome sexual contact, or sexual coercion for sexual pleasure.

Sexual harassment is a form of sexual assault comprising sexual activities done to another person, which could cause feelings of fright and embarrassment. It is usually considered a misdemeanor sex crime. However, it may also be considered a felony where the victim is a minor below 18, and the perpetrator is at least five years older than the victim.

Criminal sexual conduct (CSC) is the term for sexual assault in Michigan. It covers different sex crimes, including rape, child molestation, and child sexually abusive activity. All sex offenses fall under any of the four criminal sexual conduct degrees in Michigan, depending on the victim’s age, the severity of the offense, and other necessary considerations.

The four degrees are:

CSC 2nd degree and CSC 4th degree refer to cases involving unwanted sexual contact (learn more about what is offensive touching here). They also attract penalties like a prison sentence, a fine, or both. Anyone guilty of a sexual offense in Michigan must register with the Michigan Sex Offender Registry.

How Can You Tell that Your Actions Amount to Sexual Harassment Under Michigan Criminal Law?

People experience sexual violence under a variety of circumstances. The perpetrator may be a person of any gender or race, and they may be a stranger or share a close relationship with the victim, such as a teacher, employer, colleague, supervisor, or peer.

Some of the actions amounting to sexual harassment include:

Sexual violence is a serious offense that attracts harsh penalties. People experiencing sexual harassment often find it unpleasant, offensive, and even humiliating. However, not all acts of sexual harassment are punishable under the law. For example, leering at somebody, making suggestive comments, sexual innuendos, sexual gestures, or unwanted sexual attention are considered offensive. Still, these acts may not be punishable under Michigan criminal law.

Also, workplace sexual harassment is prevalent. The victims of such unwanted conduct are typically female workers, although male employees may also be subject to harassment. Under Michigan law, there are two broad categories of actions amounting to sexual harassment in the workplace.

The second type of sexual violence in the workplace is creating a sexually hostile work environment. It is a form of sex discrimination. It occurs when the work environment is so hostile that any reasonable person in the employee’s position would believe that the behavior seriously interfered with their ability to do their job or created an intimidating, hostile, or offensive environment.

Although sexual harassment is offensive and humiliating, it is not a separate offense under Michigan criminal law. Most of the actions considered sexual harassment are usually seen as acts of stalking in Michigan. According to Michigan stalking laws, stalking is an intentional act involving harassment, such as following someone, threatening them or a member of their family, or trespassing on their property. Learn all about stalking charges here.

You may be arrested and charged with a criminal offense if you commit sexual assault. You need to hire a criminal sexual conduct attorney if you face sexual harassment charges. The consequences of a conviction are severe and could negatively affect your life for a long time.

What Potential Penalties Would You Face for a Sexual Harassment Conviction in Michigan?

Sexual harassment is not a distinct offense in Michigan. A person who exhibits such offensive behavior may be charged with stalking if it falls within the purview of the law on stalking. The penalties for sexually harassing behavior amounting to a misdemeanor sex offense include a maximum jail term of one year or a fine of up to $1,000, or both. If the offense is considered a felony, the penalties include a maximum 5-year prison sentence, a fine of up to $10,000, or both.

What Should You Do if You Have Been Accused of Sexual Harassment by a Stranger, Co-Worker, or Any Other Person in Michigan?

If you face sexual misconduct allegations in Michigan, you should seek to hire a sex crimes defense lawyer immediately. Many people often assume that most sexual harassment allegations are not severe, especially if they are false. However, you may serve a jail sentence, pay a fine, lose your job, or tarnish your reputation if you are convicted of sexual harassment.

Do not talk to the police if you are being investigated for sexual harassment, as your words could be misinterpreted and used against you in court. Refuse to speak with your friends and co-workers about the incident. Also, refrain from publicly defending yourself or confronting the complainant on social media. The less you speak about the accusations, the better your chances of beating the charges.

You should hire a CSC defense attorney (learn more about what to look for in a criminal defense lawyer here). Crushing those charges with a lawyer guiding you through the criminal justice system and in your interactions with law enforcement authorities is easier.

Speak With a Top Criminal Sexual Conduct Defense Attorney at Blank Law, PC to Build an Aggressive Defense Strategy for Your Sex Crime Case in Michigan

Sexual harassment charges are severe, and a conviction can change your life. So, you must address all allegations of harassment promptly and effectively. Criminal accusations of sexual assault do not disappear on their own, and you must act immediately to protect yourself.

The burden of proof in a sexual assault case lies on the prosecution. The prosecuting attorney must prove you are guilty of sexual harassment. To prove such guilt effectively, the prosecution must establish its case without a reasonable doubt. The existence of doubt weakens the prosecution’s case.

Therefore, your focus should not be on establishing your innocence. Instead, it would be best to concentrate on weakening the prosecution’s case. You do this by implementing an aggressive criminal sexual conduct defense strategy. The law allows those accused of committing a criminal offense to defend themselves in court.

You need to hire a Michigan sex crimes lawyer to defeat these criminal charges. A seasoned lawyer can help you create a solid criminal sexual conduct defense tailored to your specific sexual assault case. Hiring a sex crime defense attorney also increases your chances of avoiding imprisonment or paying a fine for sexual harassment.

Contact Attorney Nicole Blank Becker immediately if you are accused of sexual harassment in Michigan.

As a former prosecutor, Nicole has a distinct advantage over other sex offender lawyers. She has a proven track record in criminal cases and is willing to assist you with your sexual harassment case. For a Michigan criminal defense attorney free consultation, call her at (248) 515-6583 or submit an online form.