How to Get Off the Sex Offender Registry in Michigan

What’s even more unfortunate is that having your personal information removed from the sex offender registry is a complicated process. Therefore, you need to consult a skilled Michigan criminal defense attorney, such as Nicole Blank Becker of Blank Law, PC, to avoid a conviction in the first place. 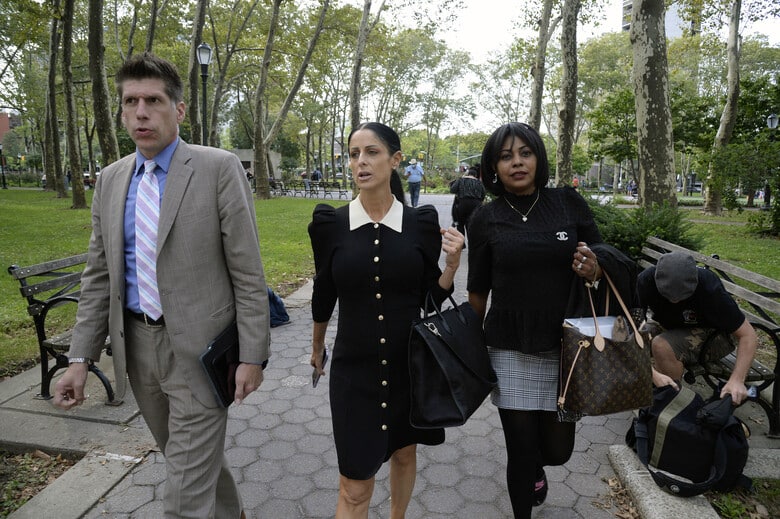 With Blank Law, PC, you don’t have to worry about consultation fees. We offer an initial free consultation to all our clients, which you can use to determine the eligibility of your case.

If you are already convicted, all may not be lost. The law provides for ways of getting off the registry under some circumstances. So read on to determine if you are eligible for removal.

How to Get Off the Sex Offender Registry in Michigan

The Michigan sex offender registry refers to a governmental database, maintained by the state of Michigan, that contains the personal information of convicted sex offenders. The registry was created following the enactment of the Michigan Sex Offender Registration Act (SORA).

The offender’s information required on the registry include:

Different offenses attract different registration requirements, depending on the nature and the category of the offense.

The Three Classification of Sexual Offenses

Offenses classified as Tier I offenses are among the least severe criminal sexual conduct (CSC) offenses. Upon conviction, the offender must register with the Michigan sex offender registry for 15 years.

Convictions that could result in a Tier I offense include:

Unlike some of the Tier I offenders, Tier II offenders are placed on Michigan’s public sex offender registry, where anyone can access information regarding registered sex offenders.

Convictions that could result in a Tier II offense include:

A Tier III offense is the most severe compared to the other classes of sexual offenses under SORA. Upon a conviction with a Tier III offense, an offender must register with Michigan’s sex offender registry for a lifetime.

Convictions that could result in a Tier III offense include:

Consequences of Being on the Sex Offender Registry

Like employers, landlords and their agents also run background checks on persons seeking to rent a house or an apartment. Since many landlords view sex offenders as a threat, being on the sex offender registry can negatively affect the offender’s chances of getting the housing accommodations of their choice.

Upon conviction as a sex offender, a person is not only restricted in the places they can work, but can also lose their professional licenses. Some of the licenses a person could lose after a conviction include: medical practitioners license, teaching license, law license, among others.

A convicted sex offender has the right to live with their children. With that said, in the event of a separation or divorce, the offender’s ex can use their status as a sex offender as a reason to have the court deny them custodial authority.

Being on the sex offender registry means that an offender’s privacy is minimal. Once the people interacting with convicted sex offenders learn about their status, their perception of the person changes. Most people will view a convicted offender as a threat and will usually keep their distance from them.

Although sex crime offenders have a right to travel, the law requires them to inform the relevant authorities of their intention to travel outside the state or country. Additionally, places frequented by children, such as Disney World, may also be out of bounds for sex offenders.

Who is Eligible for Removal from the Sex Offender Registry?

Sex offender registry removal in Michigan can be an overwhelming process. That’s why you need to work with an experienced criminal defense attorney to increase your chances of success.

Most attorneys offer an initial free consultation which you could take advantage of to determine if your case is eligible for sex offender registry removal.

Michigan law allows for an individual’s removal from the sex offenders registry under rare circumstances. These include:

The Romeo and Juliet laws have nothing to do with how long you could go to jail or prison, but rather they have to do with whether or not you have to register on the Michigan sex offender list based on the age of the offender and the complainant.

“Romeo and Juliet” offenders refer to persons convicted of sex crimes due to the fact that they had engaged in a consensual sexual act with another person below Michigan’s legal consensual age of 16, but above 13 years. Additionally, the offender must not be more than four years older than the alleged victim.

Michigan law holds that a person under 16 is not legally competent to consent to sex. This means that even if the alleged victim said yes to a sexual act, the actor could still face sex crime charges.

With that said, upon a conviction with criminal sexual conduct under these circumstances, you may be exempted from registration as an offender.

Persons convicted of criminal sexual conduct under the same circumstances before July 1, 2011, may be eligible for removal from the sex offender registry.

For an offender to have their name removed from the registry under these circumstances, they must appeal to the court and provide evidence to prove that:

When determining the age of a victim and an offender, Michigan follows the birth date rule, meaning a person does not reach the qualifying age until their birthdate. In other words, the law considers a person who is one day away from their 16th birthday as legally incompetent to consent to sex.

Persons Convicted of a Sex Crime as a Minor

Before the 1st of July, 2011, most sexual offenses resulted in the registration, irrespective of the defendant’s age. Following the revision of the laws, persons convicted of criminal sexual conduct while below 14 do not have to register.

This also means that anybody convicted of a sexual offense as a minor and subjected to sex offender registration before July 1, 2011, can petition the court, with the help of a skilled criminal defense attorney, to have their name removed from the sex offender’s registry.

The Crimes No Longer Warrant Registration

Following the revisions of the sexual offense’s laws in July, 2011, some offenses that warranted sex offender registration no longer require registration. Such crimes include: MCL 750.335a(2), indecent exposure, and MCL 750.167(1)(f), indecent or obscene conduct.

Individuals subjected to sex offender registration for crimes that no longer require registration after the revision of the laws can petition the court to have their names removed from the registry.

Persons convicted of a single Tier I offense are typically not placed on the public sex offender registry. Instead, they remain in the law enforcement’s private registry.

For offenses committed after the revision of Michigan sex crimes law on July 1, 2011, Tier I offenders aged between 13 and 16 years do not have to register as sex offenders.

Other Tier I offenders can petition the court to have their names removed from the registry if all of the following factors apply:

Under Michigan law, before July of 2011, Tier II offenders were subjected to a 25-year registration, irrespective of age. However, following the revision of the laws, Tier II offenders aged between 13 and 16 do not have to register as sex offenders.

Other Tier II offenders may also petition the court to have their name removed if:

After July 1, 2011, convicted juvenile Tier III offenders aged between 13 and 16 still need to register for life as a sex offender registry. However, these offenders are not placed on the public registry.

Other Tier III offenders can petition the court for removal from the sex offender’s registry if the following apply:

It’s also important to understand that the court is under no obligation to grant the offender their petition. Instead, the court considers if the application meets the set threshold before granting a petition. Additionally, the state attorney must be notified and is allowed to challenge the removal.

If the court grants an offender the petition, it sends a copy of its order to the relevant authorities to have the offender’s name removed from the register.

This process is complicated and needs working with a skilled attorney, such as Nicole Blank Becker of Blank Law, PC.

At Blank Law, we offer an initial free consultation for all our clients, so you do not have to worry about the cost of a consultation. If you or a person you know may be eligible for removal from the sex offender’s registry, it’s important to book an appointment with a skilled criminal defense attorney who has experience in requesting offenders off the registry.

Nicole Blank Becker of Blank Law, PC is an experienced Michigan criminal defense attorney and is your best bet of getting a favorable outcome for your sex crime cases. She focuses solely on sex crimes, which gives her an in-depth insight into how to handle matters related to sex crimes.

From the start, Nicole cultivates a solid attorney-client relationship that puts her clients at ease when sharing their sensitive information, which is critical in getting a favorable outcome.

If you want to have Nicole Blank Becker by your side, contact Blank Law, PC, at 248-515-6583 or fill out this online form to book your free initial consultation today.